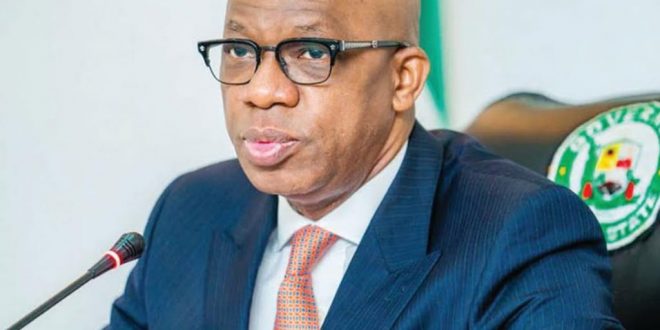 Why We Banned NURTW In Ogun – Govt

Idowu Hamed February 15, 2021 HEADLINE, NEWS Comments Off on Why We Banned NURTW In Ogun – Govt 68 Views

ABEOKUTA – The Ogun State Government has revealed reasons behind its suspension of the National Union of Road Transport Workers (NURTW) from operating at the motor parks and garages in the state.

The state government said its concern about safety of lives and properties, is one of the reasons for making such decision.

Engr. Dairo noted that the State Government, has said that its approach to governance since assumption of office, has brought about the enduring peace and harmony being enjoyed in the State, especially in motor parks and garages.

The Commissioner, also stated that government is concerned about the safety of lives and property at motor parks across the State, stressing that under no circumstance would it compromise the primary duty of promoting peace, harmony and security in the State.

“The Prince Dapo Abiodun administration prides itself with a deliberate and methodical approach to the conduct of the affairs of government and governance and this is reflected in the consultative approach adopted for the management of stakeholders’ interests in the transport sector”, Engr. Dairo maintained.

The Commissioner assured that the government would address the issues raised by the Union, but charged it to always channel grievances through appropriate quarters in accordance with established rules and regulations, to avoid breach of peace in the State.

In his reaction, the State Chairman of NURTW, Comrade Ismail Adewale, who was represented by the State Deputy Chairman, Alhaji. Yusuf Bamigbola, denied the reports of planned resumption of Union activities in parks and garages, disclosing that the present leadership of the union is a respecter of the rule of law with no record of violence or criminality.

“Deployment of violence in transport sector has become a thing of the past, and therefore cannot be traced to the present leadership of the NURTW, because it is not only destructive, but barbaric and inimical to progress and development of the Union”, Comrade Adewale said.

He appealed to the State government to help address various issues bothering on intimidation of its members, and illegal collection of union dues in the parks and garages, assuring that peace and harmony shall reign supreme across the State.

In his contribution, the Commissioner of Police, CP Edward Ajogun reiterated the need to always put security and peace first, stressing that activities that would breach peace of the State would not be treated with kid gloves.

CP Ajogun, ably represented by the Deputy Commissioner, Operations, DCP Tijani Abdullahi, affirmed that the Police in the State is always ready to combat crimes and criminality, admonishing that amicable resolution should be sought after.

Tags Why We Banned NURTW In Ogun - Govt#