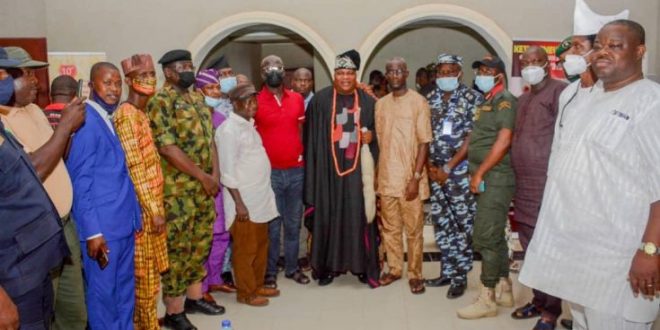 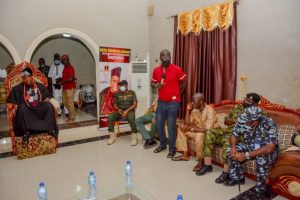 In a bid to find a lasting solution to the farmers/herders crisis in Ogun State, a government delegation that comprised top government officials and representatives of security agencies has embarked on a peace tour of the affected areas on what government described, “Confidence Building Mission”.

According to the State Commissioner for Local Government and Chieftaincy Affairs, Hon. Afolabi Afuape, while speaking at the palace of the Olu of Ilaro & Paramount Ruler of Yewaland, Oba Kehinde Olugbenle (MFR), noted that “though the farmers/herders clashes was a national problem, but the State government was looking at ways of finding an enduring solution to it as government was not happy with recent happenings in some parts of the State.” 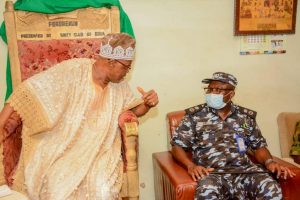 “I must stressed the need for peaceful co-existence among all our people, irrespective of where you come from. Though this crisis is a national issue, government is putting security plans in place to secure the lives and properties of our people in this area”.

Afuape stressed the need for the people to be vigilant by reporting strange faces and movements to the security officials, as government could not afford crisis in any part of the State.

Also speaking, the Commissioner for Information and Strategy, Alhaji Abdulwaheed Odusile, appealed to the people not to take law into their hands, but to allow the security agencies and the traditional rulers to handle the situation.

While calling for peaceful co-existence among the indigenes and people from other ethnic groups, Odusile disclosed that an all inclusive stakeholders meeting was scheduled to hold soon, with a view to find solutions to the problems. 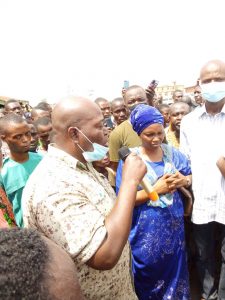 The Information Commissioner appreciated the Royal fathers in the area for dousing the tension that arose as a result of the attacks from the herdsmen, calling for the sharing of necessary information that would lead to the end of the crisis, saying, “the state government was poised to findimg a permanent solution to the crisis in the state.”

While addressing the people at the event, the Olu of Ilaro & Paramount Ruler of Yewaland, Oba Kehinde Olugbenle, acknowledged similar challenges in other parts of the country, but added that it was becoming pronounced in Ogun State in recent times.

The first class monarch called for immediate setting up of the AMOTEKUN Corp in the State and involved traditional rulers who know their different terrains, in selecting its operatives.

“The State Governor, Prince Dapo Abiodun has done well by putting in place mechanism to address this problem. I want to plead with the Governor to commission the AMOTEKUN Corp. When doing this, all critical 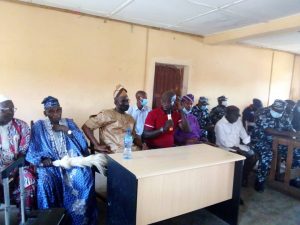 stakeholders, including the traditional rulers should be involve in recommending people who know the terrains. Round pegs should be put in round holes”, Kabiyesi advised.

Oba Olugbenle also called for the meeting of all traditional rules to discuss the issue, advocating for the inscription of owner’s name on each cattle, maintaining that this would help in identifying the owner in event of destruction of farm by cattle.

Also speaking in his Palace, the Eselu of Iselu, Oba Ebenezer Akinyemi, traced the crisis to cattle feeding on farmers produce and called for the creation of special area for the herders to graze their cattle.

Oba Akinyemi also called for the rehabilitation of schools in the area to attract more children, saying that out of school children were increasing in the area. 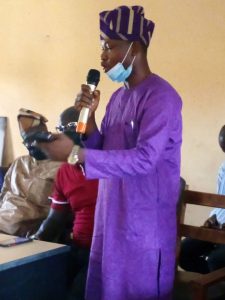 Speaking in an interview, the Special Adviser to the Governor on Security, Rtd AIG Sola Subair, said a Joint Security Task Force that would be stationed in the affected areas would take off next week, just as the AMOTEKUN Corp would come into being very soon.

The Special Assistant to the Governor on Inter-Ethnic Affairs, Prince Hadi Sani, who spoke in Hausa and Yoruba languages, pleaded with the people to be peaceful as no meaningful development could take place in a violent-ridden environment.

The delegation in the course of the visit had a town hall meeting with the people of Oja-Odan, Ibese-Yewa and Ilaro Garage, as well as the Hausa community at Dangote Cement plant at Ibese-Yewa and Kara, Abeokuta, where they appealed for calm and support in finding amicable solutions to the crisis. 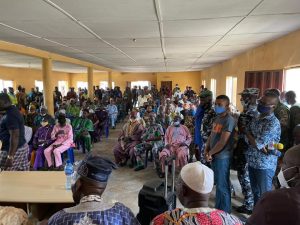 The member, representing Yewa North State Constituency 2, Hon. Haruna Egungbohun who commended the efforts of the state Governor at combating the menace of the herdsmen, called on the state government to continue to beef up security at the affected axis to prevent further loss of lives.

Some of the people who spoke at the meeting, called for the protection of farmers and their produce in the areas, assuring that they were ready to live in peace with their neighbours. 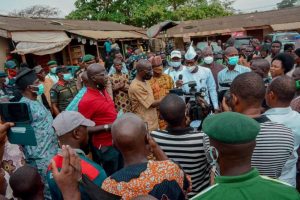 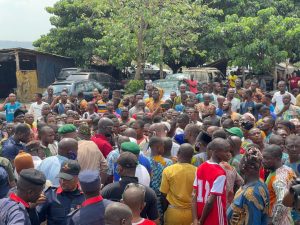 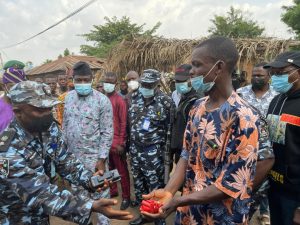 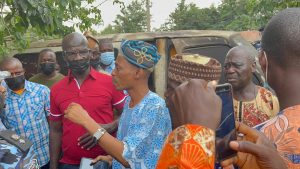 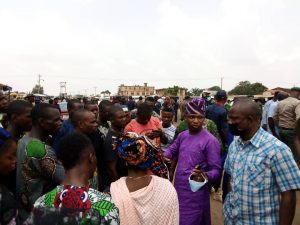 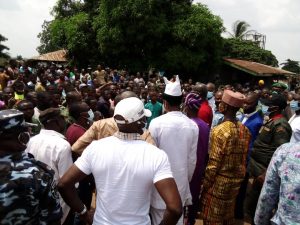