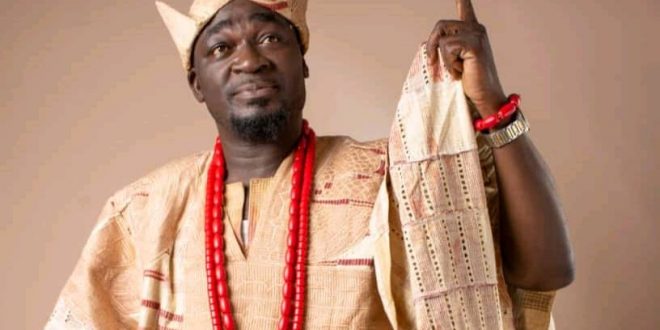 King Bravo, is a Juju Icon, that has been making waves in the music industry for over a decade with almost 10 albums to his credit.

According to the “Thuraya Network King”, the launching of ‘Sanmori’ on Saturday, August 28, 2021 at Option 24/7, Ikolaba GRA, Agodi Gate, Ibadan.

Hear him, “My 2 in 1 event, starts by 12noon with birthday/naming ceremony, and ends by 6pm. The dress code is “Aso Ebi” while on the bandstand, we have the popular gospel musicians, Adegbodu Twins and Evangelist Elijah (Olorun O Sobe).

The second face of the event, album launch – ‘Sanmori’ starts the same day and venue by 7pm with red carpet whike the dress code is all white.

Cream of the society expected at the event include the Executive Governor of Oyo State, Engr. Sryi Makinde who is the Chief Host, Oba Babatude Adeyeye ,Oonirisa, the Olofin Adimula as Royal Father of the day, Princess (Dr) Toyin Kolade, Iyalaje Ile Oodua (Mother of the day) and Chief Prince Babatope David (Father of the day). 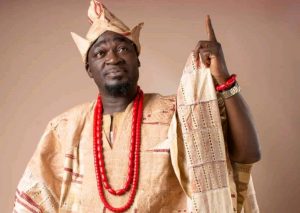 Masters of Ceremony foir the event which is strictly by invitation are Seyi Akerele and Dele Akibbode aka Dele Ijinle while Covid-19 guidelines shall be observed.

The event is packaged by Apreel 1 Events Management.

Publisher and Editor in Chief - Magazine and Online Tel: 08038525526 - 08023339764 - 08055657329 Email: startrendinter@gmail.com
Previous South-West Journalists Commend Dangote-Sponsored 3-Day Media Workshop
Next NIGERIANS ARE UNBREAKABLE, DO NOT HATE EACH OTHER – OSINBAJO