Breaking News
Home / OPINION / OpinionBola Tinubu: The Man Who Is For Everybody, Somebody 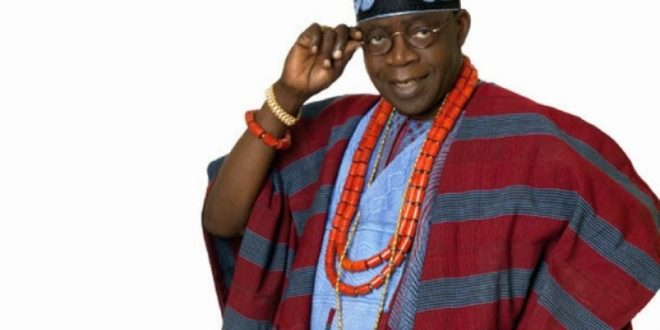 OpinionBola Tinubu: The Man Who Is For Everybody, Somebody

Idowu Hamed March 25, 2019 OPINION Comments Off on OpinionBola Tinubu: The Man Who Is For Everybody, Somebody 59 Views

Asiwaju Bola Ahmed Tinubu, the quintessential political icon of our time is a man of several definitions to several people. A leader is one whose personality is so influential that it connects even with the people he never met.

A leader becomes light that beams hope to the aspirations of common people, and impacts on their dreams interestingly that his personality begins to serve as pathway to achieving unthinkable goals by anyone directly or remotely connected to his leadership ideology and practice.

I am a practical testimony of what I preach. As a student of Asiwaju’s school of thought, I have attained significant political feat since I met him in person as students’ leader in 1998 shortly before the election that heralded transformation and growth for Lagos State, the State of aquatic splendour. His influence is magnetic and highly impactful.

Asiwaju in his generosity and inclusive leadership is a man that belongs to everybody and as well to anybody who believes in his cause and ideology. This unique leader has a style that enables any of his followers to personalise ownership of him.

He never betrays you; he never forgets you when you have been there for him; and if he believes in you, he stands by you till the end even if he is the only one that gives in to your cause, just as he is doing to President Muhammadu Buhari  at the moment. He belongs to everybody, yet belongs to somebody at every point in time!

Bola Tinubu is a leader, a friend, a partner, a political associate, a mentor, a farther and yet an opponent that respects fair-play rule. He believes in win-win and never engages in do-or-die politics. His humanitarian ideology rejects blood-politicking or life wasting exercise as commonly practiced by some greedy politicians. He never wants a single person dead upon victory of his party or candidature.

A man that was not well-known in the political terrain of Nigeria before 1990, but has changed the political landscape of the country tremendously in the last three decades – that is greatness!

Asiwaju never leads from behind; he is often in the front line when a goal is to be achieved. He is the motivation his team needed to achieve uncommon successes. He is a team-player. On leadership, Queen Elizabeth II once said:

“I know of no single formula for success. But over the years I have observed that some attributes of leadership are universal and are often about finding ways of encouraging people to combine their efforts, their talents, their insights, their enthusiasm and their inspiration to work together”.

His discoveries of best hands for the jobs are based on careful observation and insight. His love for the nation surpasses his biggest ambition. He is not just a political leader but an industrialist who has established viable economic platforms for peoples’ aspirations to thrive.

He is not a brand made for greed as his life is an embodiment of public good. Whatever Asiwaju owns is for public service, even his personal residence belongs to the people where the rich and the poor can visit for their respective intents.

The colloquium which marks Bola Tinubu’s annual leadership dedication is the biggest political celebration of an icon in Nigeria’s political space, yet he was never a former President of the country.

Asiwaju belongs to me. He belongs to you, and he belongs to everyone. His ideology, belief and association can be publicly identified. He is an open book as far as leadership is concerned. Yet, he is an independent chapter of a voluminous epistle of life.

As the leader clocks 66 in few days, how best can we celebrate a man whose words have become a ‘Political Bible’ for not just his followers but the general political class in the country.  His finest quality lies in his ability to quickly forgive; a large heart but clothed in children’s spirit.

What do we need to do to ensure his legacies become a national model for the coming generation?

We must eschew bitterness; learn the beautiful lessons established by Bola Tinubu on leadership and governance. The Yoruba race does not honour a hero alive; however, we can kill the old norm to ensure a successful transition of legendary accomplishments from a living hero to a successive generation which is then bound to produce multiples of such greatness in the future.

Yesterday, it was Chief Obafemi Awolowo; today it is Asiwaju Bola Ahmed Tinubu. Yoruba race has always been consistent with the history of gifted and ordained leadership.

What we must do differently is to honour Tinubu for his uncommon achievements, and ensure we get the best of his finest secrets for greatness as rare resource for leadership library. Tomorrow, our children and the unborn will then have access to documented records in our historical archive of our heroes past.

OpinionBola Tinubu: The Man Who Is For Everybody Somebody# 2019-03-25
Idowu Hamed

Tags OpinionBola Tinubu: The Man Who Is For Everybody Somebody# 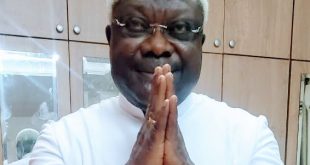 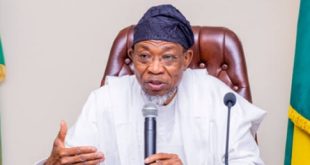