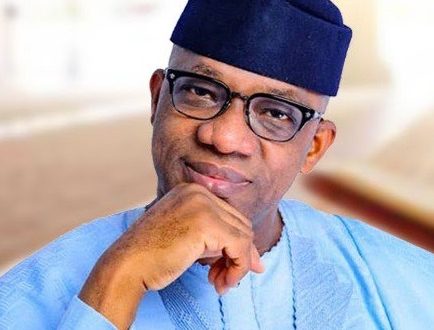 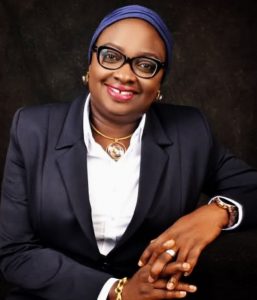 ABEOKUTA: The Ogun State Deputy Governor, Engr. Noimot Salako-Oyedele has said Prince Dapo Abiodun-led government is committed to good governance which can only be achieved if the right process is in place for effective implementation.

Engr. Noimot Salako-Oyedele stated this during a courtesy call to her by the Conference of Auditors-General for Local Governments of Federationn South-West Zone, led by its chairman, Mr. Francis Adaramola at Oke-Mosan, Abeokuta, saying the present administration’s focus was to improve the quality of the civil service in the State.

The Deputy Governor who received the delegation in company of the State Head of Service on behalf of the Governor, Prince Dapo Abiodun noted that the present government was concerned about improving infrastructure and create an enabling environment , adding that effective legislation would go a long way in improving the lot of the Auditors-General.

“This is a State where we are looking at how to improve the personal prosperity of everybody and we are looking at this in terms of investments into our State and by partnering with the Public Private Partnership (PPP), we hope to stimulate the economy of this State and increase employment”, she added.

While appreciating the efforts of the Auditors, the Deputy Governor, described them as partners in progress, saying their roles cannot be over emphasized in both government and private organisations.

In his remarks, the Chairman, South-West Zone, Mr. Francis Adaramola, called on Government to put in place Audit law which would ensure independence of the Office of the Accountant-General for effective performance.

He said before the present administration came on board, little or no attention was paid to State’s accounting and auditing, adding that Local Governments were yet to be compliant with the International Public Sector Accounting Standards (IPSAS).

‘’With IPSAS, the financial memoranda are outdated and needed to be reviewed, but if audit laws are in place, it would take care of independence of the Auditors-General”, he said.

Adaramola pointed out that, it has become necessary to train Local Governments staffers, for them to be efficient in the discharge of their duties, appreciating the Governor Dapo Abiodun for given approval for the printing of 2016 and 2017 Audit Reports, while also appealing for the printing of the 2018 Report.

Highlight of the visit was presentation of gift by the Accountant General of Ogun State,Mr. Lamidi Mulero to the State Governor, Prince Dapo Abiodun.