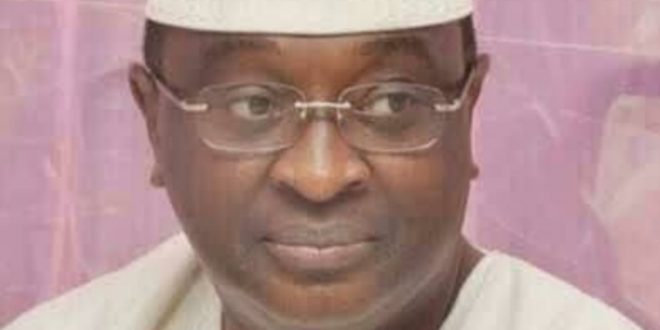 The reckless actions of the men of the Nigeria Customs Service in Ogun state that led to the gruesome killings of not less than three students of Ojomu Commercial High School, Ihunbo in Ipokia Local Government yesterday, Monday 7th October, 2019 has been condemned in strong terms by Sen. Tolu Odebiyi.

Odebiyi who represents the good people of Ogun west senatorial district in the National Assembly expressed his sadness over the incident.

In a statement personally signed by the Ibooro born politician in Abuja this morning, Odebiyi described the killings of the innocent students as not only barbaric but also an act of insensitivity to human dignity and demonstration of professional incompetence on the side of the Nigerian Customs Service.

“What has shooting within the metropolis got to do with manning the borders? Why should our people suffer incessant killings and human degradation for the ineptitude of the Custom officers? The killings of the students has depleted our knowledge base in Ogun state, which is a sad scenario as our future is being murdered in our very eyes”, Odebiyi lamented.

Odebiyi who is presenting the matter to the Nigerian Senate for immediate action, also confirmed that he has sent a strong worded letter to the Comptroller General of the Nigeria Customs service, Col. Hammed Ali (rtd), and he has expressed hopes that this time, the culprits will be brought to book and compensation will duly be paid to the affected persons and families of the deceased.

“Just as I’ve concluded plans to present this on the floor of the Senate for immediate action, my colleagues and Nigerians can see what overzealous men of the Nigerian Customs Service are doing to our people. I’ve also sent a strong worded letter to the Customs Comptroller General, wherein I’ve demanded for thorough probe of this dastard act and I’ve also demanded that justice be served and compensation duly delivered to the affected persons and families of the deceased” Odebiyi said.

Odebiyi has however called on the people of Ihunbo in particular and Ipokia local government area at large to be calm, shun violence and watch as the right steps are being taken.