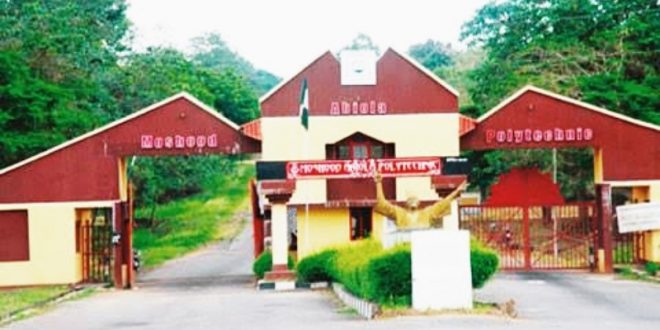 ABEOKUTA: A female students of Moshood Abiola Polytechnic (name undisclosed) was on Monday, February 10, 2020, allegedly raped by suspected assailants at her hostel in Onikolobo area of Abeokuta, the Ogun state capital.

The incident occurred when the assailants, about four in number, one of whom was masked bugglled into the victim’s apartment at 5:00 pm on Monday.

It was gathered that the victim’s roommates were equally attacked during the operation and were left with various injuries.

An eyewitness who spoke on condition of anonymity revealed that the criminals carted away valuables such as laptops, sophisticated phones, money among others.

He explained that the assailants came just few minutes after the security men guarding the area closed for the day, lamenting that the rape victim, since the ugly incident was yet to gain her consciousness.

When StarTrend’s correspondent visited the venue of the incident, other tenants had vacated the building, leaving only the respondent who narrated the pathetic occurrence.

He stated that the rape victim had been rushed to a nearby hospital for medical attention.

Also a landlord in the area who also preferred not to be mentioned in the media explained that the Association of Landlords in the area had reported the incident to the State Police Command.

Efforts to interrogate the Student Union President of the institution on the incident proved abortive as his office was locked when visited.