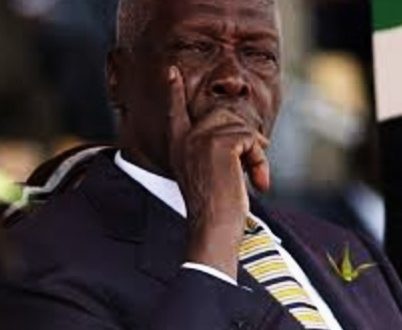 Why Former Kenyan President Arap Moi Would Be Remembered – Osinbajo

NAIROBI: Vice President Yemi Osinbajo, SAN has said that former President of Kenya, Daniel Arap Moi, remains one of the foremost leaders of decolonization of Africa and a founding father of the Common Market for Eastern and Southern Africa (COMESA).

According to a press release e-signed and made availabile to StarTrend Int’l magazine & www.startrendinternational.com by Laolu Akande, Senior Special Assistant to the President on Media & Publicity, Office of the Vice President, Osinbajo, who represented President Muhammadu Buhari on Tuesday, February 11, 2020 at the State Funeral for the late Arap Moi at Nyayo National Stadium in Nairobi, Kenya, was among leaders who delivered tributes in honour of the departed African leader.

According to him, “many of us in Africa will remember him in particular for the pioneering work that he did especially with respect to regional cooperation.”

(IGAD is the Intergovernmental Authority on Development, an eight-country trade bloc in the Continent, composed of countries on the Horn of Africa and the Nile Valley, including Kenya.).

Continuing, Vice President Osinbajo said, “these are the precursors of the African Continental Free Trade Agreement arrangements we are making today and to which almost every African country has subscribed. And it will define the future of trade and relations in Africa.”

Thanking God for the life of former President Moi, Prof. Osinbajo added: “we believe that the Almighty God whom he served through his life has already received him even now.”

Host President Uhuru Kenyatta of Kenya, in his remarks regarded the former President Moi as a peace builder, an educationist and nationalist. He said Moi worked with his father, Jomo Kenyatta, to ensure the socio-political and economic development of Kenya.

Other leaders who paid glowing tributes to the late former President, included Presidents Paul Kagame of Rwanda, Yoweri Museveni of Uganda, among others.