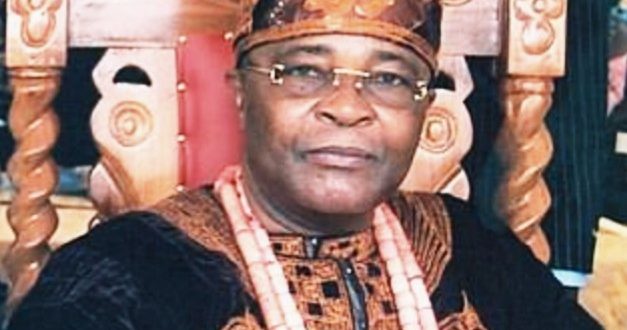 ABEOKUTA: The chairman, Transition Committee, Abeokuta South Local Government, Hon. Ayodeji Michael Shomide, has commended His Royal Majesty, Oba (Dr.) Adedotun Michael Aremu Gbadebo Okukenu IV,  the Alake & Paramount Ruler of Egbaland for the donation of a large number of face masks to be distributed to the people, living in the LG area.

According to a press release e-signed and made available to StarTrend Int’l magazine & www.startrendinternational.com by Sodeinde Kolawole, Information Officer, Abeokuta South LG, Hon. Shomide while receiving the items, in a statement; described the Alake & Paramount Ruler of Egbaland as a humanitarian and philanthropist, who always has the welfare of his people at heart, adding that the donated items would be evenly distributed to the people of Abeokuta South Local Government Area.

He, however, advised the dwellers, in the LG Area, to adhere strickly to the lockdown directive and other rules/guidelines of the State Government, particularly the compulsory use of face mask by everyone, while urging them to promptly report anyone exhibiting symptoms of the deadly Coronavirus at any government’s hospital or nearest isolation center, where such affected person could be quickly attended to, by trained health and Medical Personnel.