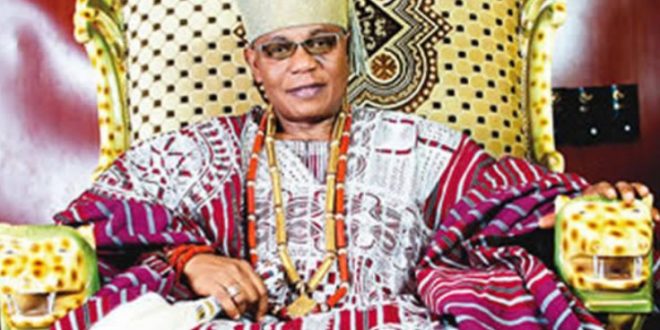 Reason Chiefs Against Deji Of Akure

AKURE: Some chiefs and community heads in Akure North Local Government Area of Ondo State, have rebelled against the Deji of Akure, Oba Aladelusi Aladetoyinbo Ogunlade.

The community heads are claiming that the monarch only has jurisdiction in Akure South Local Government and not in Akure North.

It was learnt that the appointment of one Boboye Ojo by Oba Ogunlade as the new Olu of Eleyowo in Akure North local government triggered trouble.

One of the chiefs, Olomi Adesina Agunbiade, protested, insisting that he is the recognised traditional head of Eleyowo.

Sources said Chief Agunbiade was appointed the Olu of Eleyowo by the Oloba of Obaile.

Agunbiade in a letter signed by his lawyer, Mr. Femi Emodamori, said he is a descendant of the Oloba of Obaile, the founder of Eleyowo community.
He said the Deji of Akure has no historical or traditional link with the community.

Agunbiade was replying a letter by the Deji of Akure signed by his Solicitors, B.D. Asani & Associates, asking Chief Agunbiade to stop parading himself as Olu of Eleyowo.

The Akure monarch in the letter informed Agunbiade that he has appointed one Boboye Ojo as the new Olu of Eleyowo.

He would therefore continue to parade himself as such, and would not be deterred by the empty threats of your client in the letter under reference.

Spokesman of the Akure monarch, Michael Adeyeye, said he would respond with an official statement.