Breaking News
Home / HEADLINE / Akinlade Says, “My Dream To Rebuild Ogun Had Not Stop”, Enjoins Supporters To Be Peaceful As He Received Heroic Welcome Back Into APC 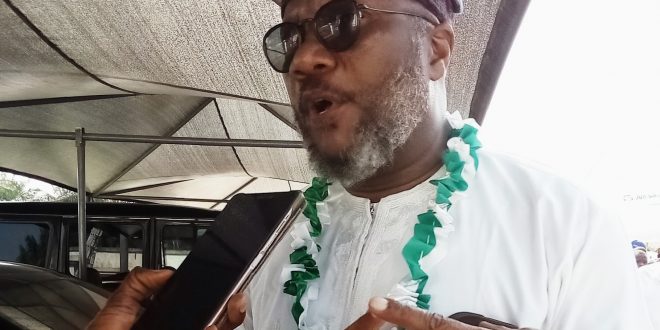 Akinlade Says, “My Dream To Rebuild Ogun Had Not Stop”, Enjoins Supporters To Be Peaceful As He Received Heroic Welcome Back Into APC

Idowu Hamed January 2, 2020 HEADLINE, NEWS, POLITICS Comments Off on Akinlade Says, “My Dream To Rebuild Ogun Had Not Stop”, Enjoins Supporters To Be Peaceful As He Received Heroic Welcome Back Into APC 94 Views 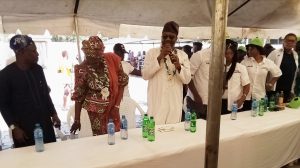 AGOSASA-YEWA: The Governorship aspirant of the defunct Allied People Movement (APM) in the last general election in Ogun State, Hon. Abdulkabir Adekunle Akinlade has said that his vision for the rebuilding of the state is still intact, saying ” sooner than later, with God my dream for the state would come to reality. 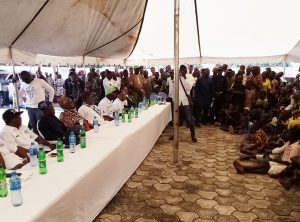 Fondly called Triple A, Hon. Akinlade said this while he was being welcome back to the All Progressive Congress Party (APC) by the pioneers of the party at his home in Ipokia local government area of Ogun state.

He implored his supporters to remain peaceful and maintain the existing peaceful atmosphere in the party. 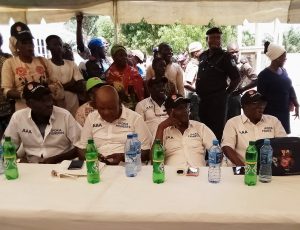 According to him, there’s “nowhere in the history of the world that you will talk about development and industrialization where there are no infrastructure. We have a leader who understands that clearly. Senator Ibikunle Amosun could have pursued welfare just like our brother wants to do now. Over N 200 billion is allocated in the budget for welfare which is to be shared. 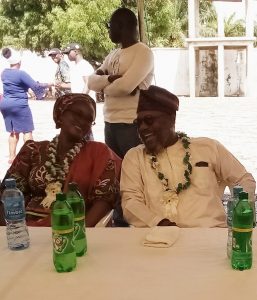 “He (Sen. Ibikunle Amosun) could have decided to do feferitism just like our brother want to do now. Over N200 billion is allocated in the budget and it was termed welfare which is to be shared.

“Amosun could have decided to do same and would have been popular, but it will be temporary because some day, someone will ask what was achieved for your people with the money.”

He observed further that like President Muhammadu Buhari said, except there’s an earthquake in Ogun state, all the infrastructure put in place by the former Governor Amosun from the central to the west and east of the state will still be there and that is what I believe in, that was why I vied for the office and that dream has not stopped. 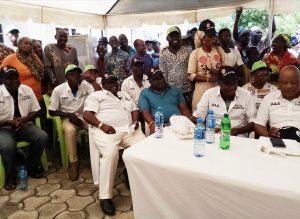 “I have no doubt in my hearth that, it’s not a matter of Im desperate to become Governor of Ogun state, but my concern and belief are in the continuation of mission to rebuild our great state.

“What you are seeing is when you write a sentence, for those of us who understand English words; when you put a comma it does not mean the sentence has finished or ended, it’s still a process of the sentence. What had happened throughout the election, the tribunal, appeal and Supreme Court, it’s only a coma in the history of this great state.

“The sentences that we have started about the continuation of mission to rebuild and how your son will be the Governor of this state will be sustained and maintained, and God will help us when that sentence is completed.” 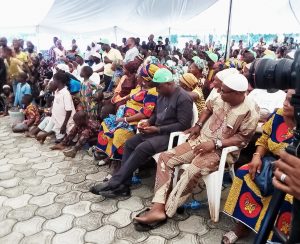 Triple A expressed his thanks to God who according to him saw him through the haven put in his best before, during and after the governorship election, adding, “When it’s God’s time my dream and that of the party leaders and our supporters would come into reality.”

Fielding a question from StarTrend Int’l on the last election, the former governorship aspirant said, “It is in record that we did a primary election in this state and I belief there is record that you voted overwhelmingly for me, and for those that will decide, they decided otherwise and on that I say – Alhamdulilah.

“When we tell them to reverse their decision, they said no, and we sort for a party – APM fondly called Paki (cassava) which we used to pushed our mandate. I want to use this medium to appreciate our people. 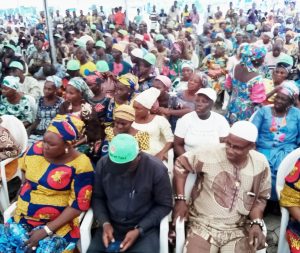 “The people that loose so much and I mean our farmers. They volunteered their cassava to support us. I want to say a big thank you and I pray that God will pay you back in multiple.

“It’s not that I’m desperate to become the Governor of Ogun state, but my concern and beliefs are in the continuation of the mission to rebuild our great state.

The Ogun West born politician said that he never left APC and he and others that left the party for APM had not loose the APC because their leader who is Senator Amosun stayed back in APC where he ran and won. 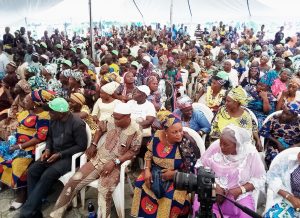 “Our support are peaceful. You can see the crowd that came to welcome back to the party they are happy. We are the ones that left and we are back, but our supporters never left. They are all card carrying members”, Akinlade posited. 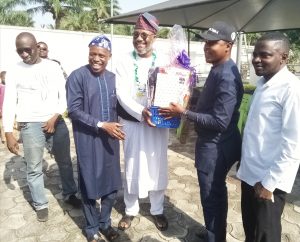 On how he is going to relate with Governor Dapo Abiodun who is currently in power in the state, Akinlade said, “Well, he is the Governor of the state and we respect that, but when it comes to principle and ideology of what the governance is; ours is about mission to rebuild. So we are still understudying what the Governor is doing.”

Hon. Kunle Akinlade thanked President Buhari and Senator Ibikunle Amosun, saying, “I want to appreciate Mr. President who is the father of the country, despite the fact that we sort another platform to decide our mandate, he never intervene in the entire process. I want to say thank you Mr. President. 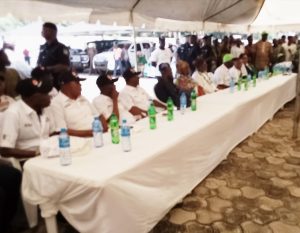 “I also want to say a big thank you to our father, our leader and the man I called my own mentor, Sen. Ibikunle Amosun whom everybody called “Ajiri Omo Oye”.

“I want to also use this opportunity to say a very big thank you to Chief Derin and other party executive. Despite the intimidation and harassment, you stand by the truth, and I pray that God will continue to bless you, and I have no doubt that just the way the suspension on our leader (Sen. Amosun) was lifted, that of the entire exco of Ogun state will be lifted in due course.” 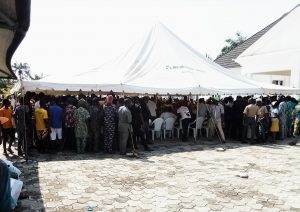