Breaking News
Home / HEADLINE / How Wike Mocks Traditional Ruler, Says, “When I Was In School, This Boy Was Running Errands” 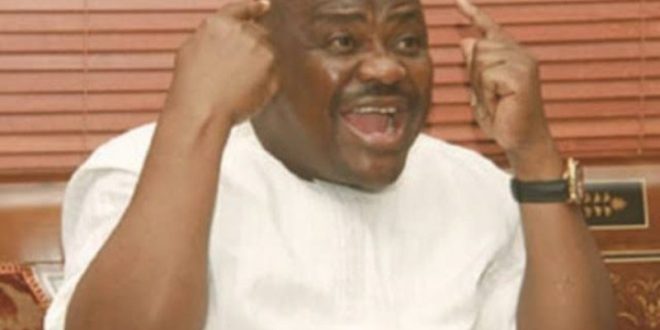 How Wike Mocks Traditional Ruler, Says, “When I Was In School, This Boy Was Running Errands”

Idowu Hamed January 18, 2020 HEADLINE, METROLINE, NEWS Comments Off on How Wike Mocks Traditional Ruler, Says, “When I Was In School, This Boy Was Running Errands” 78 Views

PORT-HARCOURT: River State Governor, Nyesom Wike was seen in a current trending video mocking a traditional ruler when he talked down on the monarch during a quarterly meeting at the government house.

Wike had asked the traditional rulers who had their staff of office to stand up, saying it’s disrespectful for them not to carry it around.

His words, “It’s not for you to take it (staff of office) and go and keep it in your bedroom or put it in your shrine, for those of you who worship at various shrines.

“It’s for when you are coming out for official function, you come with it. That differentiates you from any other chief.”

The monarchs responded by clapping, but he interrupted them saying: “Stop clapping. You are being selfish. Stop clapping. It’s the right thing to do. It’s not because of you because you won’t be there forever. It’s to protect the institution. So, don’t clap because you are there now.”

Wike continued his remarks this time around calling out one of the traditional rulers: “Stop shaking your head’ that’s sycophancy. You are one of those causing problems. They gave you chieftaincy, but you are a young boy so you don’t even know what to do with it. And then when I’m speaking you are shaking your head like this because you think I will be happy. 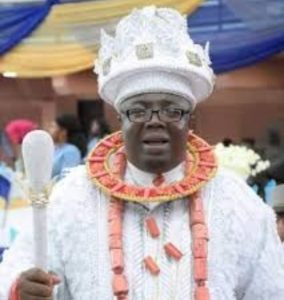 “All fake! Fake!!. You just go and wear something that is bigger than you…when someone is looking for power… You’d think he’s an elderly person. Very small young man… this boy. I know when I was in school, he was running around us, going on errands. Now he’s dressing Usman Dan Fodio (founder of Sokoto caliphate). Then he begins to breach protocol. He thinks when he’s shaking his head like this, I’d be happy. That’s fake…that’s fake ….”

Publisher and Editor in Chief - Magazine and Online Tel: 08038525526 - 08023339764 - 08055657329 Email: startrendinter@gmail.com
Previous Ogun NUJ Council Mourns Demise Of Diji Akinhanmi As Burial Holds Jan 23
Next Erelu Oodua Tells Alaafin, “You Have No Right To Install Wasiu As Maiyegun Of Yorubaland”