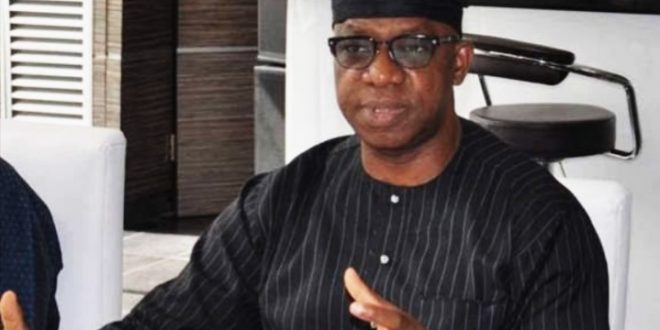 The Governor spoke on Sunday September 29, 2019 in preparation for the country’s 59th Independence Anniversary with the expression of confidence that Nigeria has all it takes to be a great nation.

A statement by the Governor’s Chief Press Secretary, Kunle Somorin indicated that Abiodun encouraged citizens not to lose hope, saying that the federal government was making efforts to improve the economy, defeat remnants of the Boko Haram insurgency as well as other security challenges in the country.

He said: “I call on Nigerians to support the present administration with prayers and work with President Buhari to end insurgency and other fault-lines that divide us as one indivisible and united country.

“I pray that the country would witness prosperity, peace and progress.

“It was a divine mandate that the President won this year’s presidential election and his efforts so far justifies the confidence reposed in him”, he added.

Abiodun stated further: “We have seen how he has been handling the economy: his anti-corruption campaign, food security and internal security challenges.

“I am confident that with his efforts, by the time we celebrate our 60th Independent Anniversary, we shall be full of greater joy and fulfillment.”

He equally enjoined public officials to pursue governance with zeal, urging them to consider their position as public trust and a tripartite social contract between them, the people and God Almighty.

“All of us in public offices and those in opposition should join the president in the task of nation building,” he added.