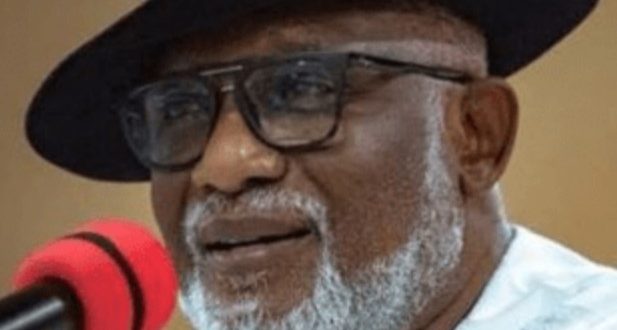 AKURE: Ondo State Governor, Arakunrin Oluwarotimi Akeredolu has said that his colleagues in the in the Southwest are prepared to pursue the operation “Amotekun” to a successful end.

Akeredolu, who is the Chairman of the Southwest Governors Forum stated this on Wednesday, January 15, 2020 at the Remembrance Day Celebration in Akure, the Ondo state capital, saying, governors in the Southwest region are committed to check incidences of banditry, kidnapping, farmers and herders clashes.

The Governor who is also a Senior Advocate of Nigeria (SAN) that “Amotekun” is not a para-military outfit, stressing that the introduction of the security outfit is to complement the efforts of other security agencies.

The former NBA President stated further that the nation is grateful for the selfless service of the Armed Forces through their contributions and sacrifice. 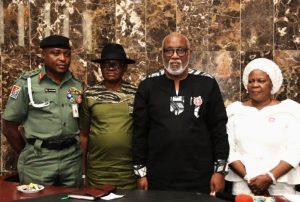 The governor also thanked the entire members of the Nigeria Armed Forces for controlling crime before, during and after the Yuletide period through “Operation Crocodile Smile”.

He noted that the relentless efforts of members of the nation’s Armed Forces is beginning to yield positive result in the state and the country in general. 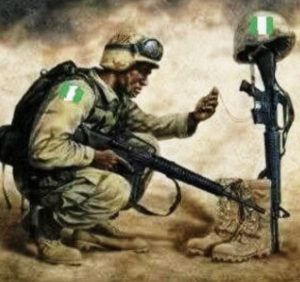 While charging the Local Government Areas to erect befitting cenotaphs at their respective areas, the Governor assured that the facelift given to the Akure Cenotaph will continue until the desired standard is attained.

His words, ” This year’s celebration will, as usual, provide the opportunity to reach out to widows of the fallen heroes through credit windows which had been extended by the Ondo State Micro Credit Agency.”