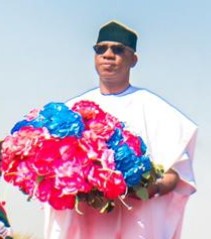 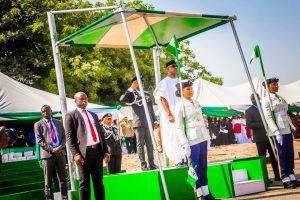 ABEOKUTA: Ogun State Governor, Prince Dapo Abiodun has charged Nigerians to always think about the sacrifices of the country’s fallen heroes in safeguarding the territorial integrity of the nation by impacting lives of their families.

According to a press release compiled by Oluwafunso Obasan, Oluwakemi Ogungbade & Shola Fajorin, Press Officers, Office of the Governor & OGIS and made availabile to StarTrend Int’l magazine & www.startrendinternational.com by S.F. Ojo, SA Media to the Governor, Prince Dapo Abiodun stated this in an interview with newsmen at the year 2020 Armed Forces Remembrance Day Celebration, held at the Arcade Ground, Oke-Mosan, Abeokuta.

He said, “Look around your neighborhood, find that orphan, widow, widower, whose mother, father, husband and wife had died while defending the territorial integrity of the country’’.

Abiodun who noted that the brave men and women who opted to join the armed forces shouldn’t be seen as mere statistics, but as martyrs who had defended the country from both internal and external aggression, encouraged Nigerians to honour men of the military forces, whether dead or alive. 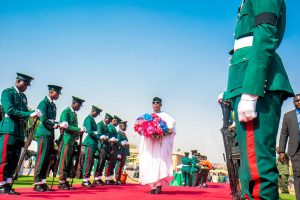 His words, “Most times, many of us hardly appreciate these heroes because we see them as soldiers who have committed themselves to be in the military and for many of us, when we read stories in the newspapers or watch on television that these men have become casualties in the line of duty, we just merely flip the page over.

“But when you seat down to think about it, they are martyrs. These are people who have done what most of us will never do; they enrolled in the Army, Navy, Air Force, knowing fully well that one day, they will be sent to the battle front and they may not return, they are men and women that have spouses, children; some go out and never come back, they come back in coffins and body bags and the pain that should be a collective one is only that of their families”. 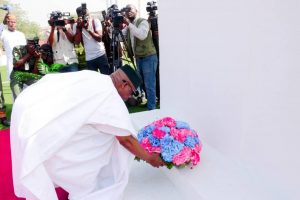 The Governor thereafter released twenty pigeons representing the twenty Local Government Areas of the State, as a symbol of peace.
Also speaking, a member of the Nigerian Legion, Mrs. Fehintola Rosiji, appreciated Governor Abiodun for his support to the families of the ‘old soldiers’ and fallen heroes, expressing delight on the palliatives on roads in the state.