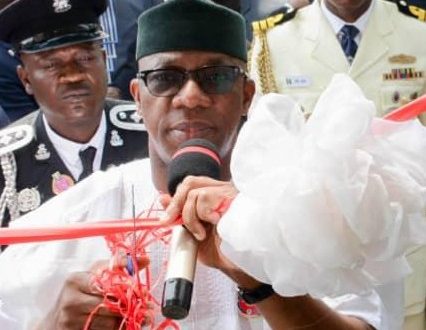 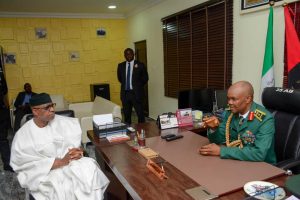 ABEOKUTA: Ogun State Governor, Prince Dapo Abiodun, has promised that his administration would rehabilitate some residential and school buildings in Alamala Barracks of the 35 Artillery Brigade of the Nigerian Army.

Speaking at a reception marking the end of this year’s Armed Forces Remembrance Day Celebration in Alamala, Governor Abiodun expressed worry at the deplorable state of infrastructure in the Barracks, assuring that the Ministry of Housing would come around to assess the structures for rehabilitation. 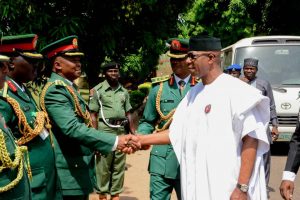 According to a press release compiled by Elijah Udofia and Oluwafunso Obasan, Press Officers, Office of the Governor and made availabile to StarTrend Int’l magazine & www.startrendinternational.com by S.F. Ojo, SA Media to the Governor, the Governor said, “The Commander has taken me round the Barracks and I have seen the condition of some of the buildings, including the school.

“I will direct the Ministry of Housing to come and assess them, so that we can rehabilitate some of them”. 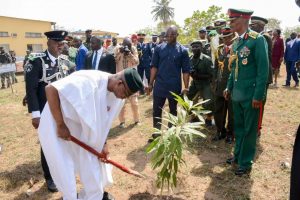 Abiodun noted that the renovation would be a continuous support to security agencies, to enable them perform optimally, in line with his administration’s policy of providing enabling environment for all sectors to thrive, promising to provide the Brigade Commander with a vehicle suitable for his office.

He commended the Brigade Commander for being diligent, urging him and other Officers to continue to do their best in protecting the nation at all times, while government on its part would not relent at ensuring their wellbeing. 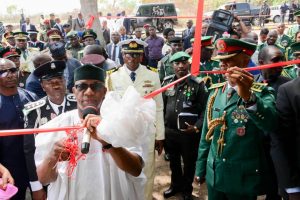 Ehimwenman Amadasun, appreciated the Governor’s timely intervention, saying the desire to improve on the security architecture of the State washighly is commendable.

Highlights of the reception included; commissioning of the Gen. Olatunde’s Chalet, constructed by the Chief of Army Staff, Gen. Tukur Burutai and the planting of a tree to commemorate the Day.