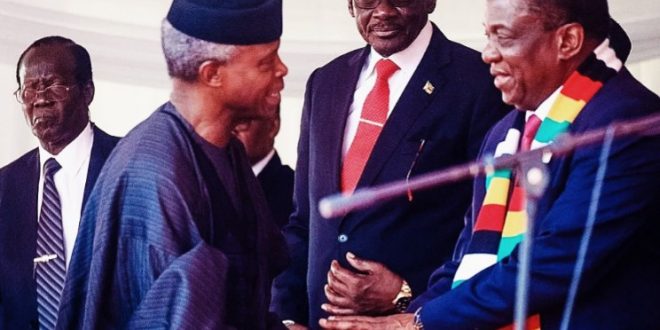 Why Mugabe Stood Out As A Leader – Osinbajo

Idowu Hamed September 16, 2019 HEADLINE, NEWS Comments Off on Why Mugabe Stood Out As A Leader – Osinbajo 19 Views 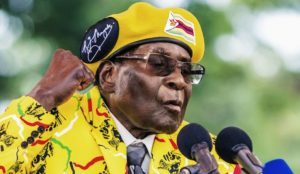 HARARE: Former Zimbabwean President Robert Mugabe stood out as a leader because of his zeal, passion and selfless commitment to the emancipation of the people of Zimbabwe and the self realization of black people everywhere.

According to a release signed and made available to StarTrend Int’l & www.startrendinternational.com by Laolu Akande, Senior Special Assistant to the President on Media and Publicity,, Mugabe led Zimbabwe and her people to freedom, majority rule, this view was expressed by Vice President Yemi Osinbajo, SAN, on arrival in Harare last night to attend the funeral of the late African leader. 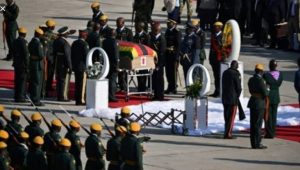 “Nigeria most respectfully condoles with the Republic of Zimbabwe on the passing of her President, Robert Mugabe – who led the republic and her people to freedom and majority rule – alongside so many other patriots. His legacy of determined, proud and assertive black emancipation will live long in the hearts of Africans. We wish the people of Zimbabwe great peace and prosperity,” the VP wrote, on behalf of Nigeria, on the condolence register for Mugabe at the airport. 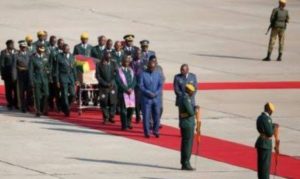 Also, Prof Osinbajo, later while speaking with Zimbabwean journalists who approached him at the Harare International Airport, added that Mugabe was, “not only a great encouragement to the independent movements everywhere, but more to the self-realisation for black people practically everywhere. So, his passing is indeed sad. I think that for most of us, especially those who are leaders today.” 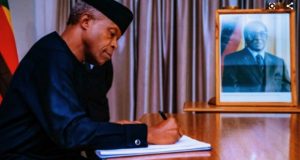 Below are the comments of Vice President Yemi Osinbajo to the Zimbabwean press, verbatim:

“First let me say that for all of us, the whole of Africa, the memories of the years of decolonization, the years of the struggle for black majority rule in various places are years that bring joy and confidence to most of us, especially leaders today. 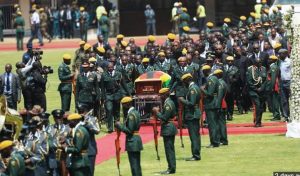 “This is one of the reasons why President Robert Mugabe stood out as one of those leaders whose zeal, passion and selfless commitment to the emancipation of the people of Zimbabwe was not only a great encouragement to the independent movement everywhere, but more to the self-realization for black people practically everywhere.

“So, his passing is indeed sad. I think that for most of us, especially those who are leaders today, there’s a lot to learn from such an incredibly illustrious career, especially the role that he played in decolonization. And, of course, alongside the work that was done, not just by the frontline states, but by the likes of Nelson Mandela 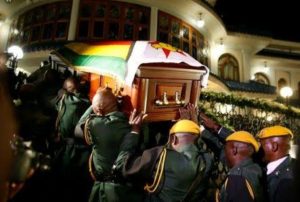 in South Africa and so many other African patriots; their lives and times, especially during the period of the struggle for black majority rule in Southern Africa and the support that other African countries gave, especially sub-Saharan African countries; Nigeria being, as you’ve noted, a frontline state. There are times when I think we should be extremely proud of what we achieved as black people.”

Tags Why Mugabe Stood Out As A Leader - Osinbajo#

Publisher and Editor in Chief - Magazine and Online Tel: 08038525526 - 08023339764 - 08055657329 Email: startrendinter@gmail.com
Previous Akinlade’s Councel Says, “Judgement Was One Step Of Three Steps Of Petition” As Abiodun Victorious While Court Dismisses Akinlade’s Election Petition
Next We Are Not Criminals, We Are Labour Union, TASCE Staff Cries Out