Breaking News
Home / HEADLINE / We Are Not Criminals, We Are Labour Union, TASCE Staff Cries Out 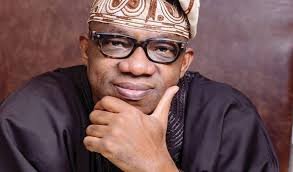 We Are Not Criminals, We Are Labour Union, TASCE Staff Cries Out

Idowu Hamed September 16, 2019 HEADLINE, NEWS Comments Off on We Are Not Criminals, We Are Labour Union, TASCE Staff Cries Out 232 Views

ABEOKUTA: The protesting staff of the Tai Solarin College of Education (TASCE), Omu-Ijebu, Ogun State have described the allegation that led to the arrest of some of their members last week as unfounded and misleading.

Five staff of the institution had on September 11, 2019 been apprehended by the state police over alleged robbery and distortion of peace in the institution.

But the staff insisted that the embattled staff were not criminals, but only fighting for their fundamental rights, alleging that “Governor Dapo Abiodun of Ogun State ordered the arrest based on the fallacious information made available to him by some bad eggs around him.”

The staff, under the umbrella of TASCE Staff Association (TSA) spoke in Abeokuta, the State capital through their representative, Comrade Aborisade Daniel at a Press conference held on Monday September 16, 2019 at the Secretariat of the Nigeria Union of Journalists (NUJ).

Aborisade recalled how a member of Abiodun’s Education Transition Committee, in the person of Mr Lamide Lawal invited him and one Mr. Seyi Akinola to the Governor’s office in Oke-Mosan, Abeokuta for peace meeting with some Abiodun’s aides on the crisis rocking the College, “only to be arrested by the police and was immediately taken to the police headquarters at Elewe-Eran, Abeokuta.

His words: “Five fomer key leaders of COTAS were arrested under a various guises and charge with a trump-up charges, including robbery, stealing and breaking of peace. For example, Comrade Aborisade Daniel and Mr. Seyi Akinola, the Chaiman and Publicity Secretary of the former COTAS, respectively, were invited by Olamide Lawal, a member of Dapo Abiodun Education Transition Committee for a peace talk with some aides of Dapo Abiodun toward finding a lasting solution to the crisis, but they were apprehended by the police”.

Aborisade alleged that every attempt to meet Governor Abiodun to inquire about the departure from the panel’s recommendations was blocked by the Secretary to the State Government (SSG), Chief of Staff and the Permanent Secretary (PS) Ministry of Education Science and Technology.

When contacted Olamide Lawal on the allegation leveled against him, he debunked the allegation, saying that he had no hand in their arrest.

He said, “I don’t have hands in their arrest, the truth is that there was a warrant on the man prior to my own intervention and I tried to intervene genuinely. I never knew that the police were trailing the man and he promised that before he leave Ijebu-Ode he would call me, but he never called me until he got to Kobape, by then I was already on my way to Lagos, and I told him that it’s better he go back to Ijebu so I don’t have hand in his arrest.”

Lawal added, “Even if he didn’t come to Abeokuta police would have arrested him because they already have arrest warrant on him so it is better for him not to put my name in the issue. I don’t have hand in his arrest and the Governor himself did not have hand in his arrest. This is a matter of the law taking its course, they committed a crime and they are facing the consequences. The Governor had even invited him for a meeting on the issue, but he didn’t show up.”

The staff appealed to the State Governor, Prince Dapo Abiodun to immediately relief their Provost, Dr. Adeola Kiadese over allegation that he had converted the institution’s Internally Generated Revenue (IGR) into personal use.

They equally alleged that the Provost, in April 2019 procured the service of the Nigerian Soldiers to unleash attack on the staff of the institution who allegedly protested his “maladministration”.

Aborisade insisted that Kiadese was not fit for the feat he is occupying, alleging that he was politically made the College’s Provost by the former Governor Ibikunle Amosun.

He regretted that the incumbent Governor, Prince Dapo Abiodun had pledged to right all the wrongs done to staff of the College, but the Governor had reneged his promise as he didn’t pay the staff salaries after his inauguration as promised.

He said, “We want to passionately appeal to our amiable Governor to be merciful to TASCE and bail us out, apparently to prevent further death in TASCE. We are not undermining his fatherly roles. We also appeal to his Excellency to be careful of the Fifth Columinsts as we had good and cordial relationship with him before during and after the elections. We remain law abiding Public servants of the state and hereby promise to continue our diligent services to the state”.