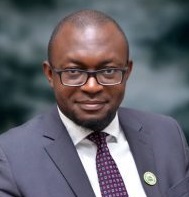 ABEOKUTA – The Ogun State Attorney-General and Commissioner for Justice, Mr. Akingbolahan Adeniran has said that the training of the State Task forces on Human Trafficking with other relevant Agencies was an additional advantage to eradicate the high rate of human trafficking, especially across the State’s border areas.

Adeniran made this known during a-recent one day workshop on “The Basic Knowledge and Skills in Assisting Victims of Human Trafficking” held at the Ministry of Education, Science and Technology Conference Room, Oke-Mosan, Abeokuta, the State capital.

The Commissioner said that it is imperative to collaborate with relevant Ministries, Department and Agencies (MDAs), Non-Governmental Organisation (NGOs) and Security Agencies to tackle the high rate of trafficking, adding that the teamwork would further strengthen the efforts to solve problems relating with human trafficking.

Also Speaking, the Special Adviser to the Governor on Legal Matters, Mr. Olumide Mustapha said working together with the law enforcement agency is a strategy adopted to fast-track the dispensation of justice to the victims of human trafficking, noting that with a lot of public sensitisation on sign’s to watch out during process of trafficking would also go a long way in reducing the menace.

He said issues on human trafficking would now get fast dispensation of justice for the fact that the alteration of the constitution has expanded the scope of the National Industrial Court (NIC) to take up child related matters that has to do with human trafficking, adding that cases with NIC were much resolved quicker than that of any other Courts.

In her submission, the Country Lead for Child First Welfare Foundation of Nigeria (CFWFN), Mrs. Peju Osoba said their role is to get a mentorship with a similar experience to mentor the victims out of the traumatic experience, saying that the NGO has been able to support over 200 victims of human traffickers.

She said that now that the NGO is part of the Ogun State Task Force on human trafficking, it would drastically reduce the sharp practice to the barest minimum, stressing that the kind of training and infrastructure put in place to assist the victims of human trafficking would also encourage all the major stakeholders to join hands in the fight against human trafficking in the State.