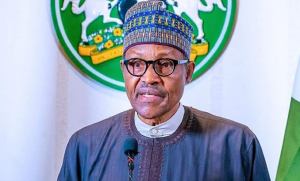 AYETORO-YEWA – A non political forum in Ogun State, Yewa North Patriotic Forum has written an open letter to President Muhammadu Buhari and Ogun State Governor, Prince Dapo Abiodun over the illegal encroachment of a border community, Igbokofi, in the local government and arrest, detention of Pastor Kunle Garb, an indigene of the community by Benin Republic security agents.

The forum in the letter signed by its General Secretary, Fatolu Ganiyu O. wrote: “we seek justice for our people and Pastor Kunle Garb just as we pray you proffer a lasting solution that will return peace to our land”.

It stated further, “It is downgrading, disheartening, rubbishing, ludicrous and heart breaking seeing another Dahomey war steering us in the face in Yewa North of Ogun State, where you have been elected to watch over and secure maximally always”.

The full letter below:

Open letter to our leaders in their respective offices on illegal arrest of Pastor Kunle Garb over Benin Republic encroachment of Igbokofi community land.

We feel uncomfortable writing this letter of alarm on security matters that should be handled by you all in your respective offices with the absolute seriousness it demands.

It is downgrading, disheartening, rubbishing, ludicrous and heart breaking seeing another Dahomey war steering us in the face in Yewa North of Ogun State, where you have been elected to watch over and secure maximally always.

We have really suffered in Yewa North in this era that my thought and words have failed me many times to explain the agony.

My people were killed, maimed and their properties destroyed in my Local Government many times which led not a few of them to take refuge in Benin Republic for a while, eventhough this was not believed at the State level for a while before it was later confirmed to be true and believed.

Incidentally, we were told that the security personnel are on top of this matters, but something reasonable that calls for safety of our people in Igbokofi and environs should have been done since the first day of the news of land encroachment by Benin Republic leaders via their uncouth policemen who are now molesting, harassing and torturing our people who dare raise voice against their hatchet job.

A deployment of Nigerian security forces in Igbokofi who always storm houses to pack contraband would have sent a strong warning to the irritating police from Benin. And we believe this will call for a round table talk that will lead to lasting solution at the end.

Though we know that Hon Olaifa is doing a great job on the subject matters, but for how long would that last? How many should be arrested, tortured, and made blind before the people’s voices will be heeded?

Because of your nonchalance these invading foreigners have gained further guts as they stormed Igbokofi and took for prey Pastor Kunle Garb Kunle and some others who have been at the forefront of this battle. Beaten blue black, they were whisked away unrestricted in a violent gestapo.

Isn’t that audacious for the Béninois police! Who is going to fight for the powerless poor of Yewa North? A turbulent time like this is when trust is put to task and your response shall forever remain indelible in the annals of our history.

With due respect to you all, therefore, we seek justice for my people and Pastor Kunle Garb just as we pray you proffer a lasting solution that will return peace to our land. Thank you, Sir. Fatolu Ganiyu O. General Secretary Yewa North Patriotic Forum.