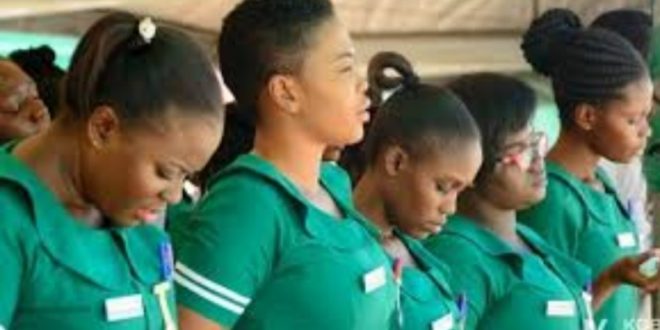 Idowu Hamed June 15, 2019 HEADLINE, NEWS Comments Off on We Will Go On Protest If We Don’t Get Husbands This Year – Single Nurses 457 Views

It was reported months ago in the media that some Ghanaian nurses complained bitterly that they find it very difficult to get partners.

According to them, they are financially sound, but there is difficulty in finding serious men who are ready to marry them.

With pressure mounting from families of female nurses, some section of them have threatened to embark on a demonstration if they don’t get men to marry them this year.

As absurd as it might seem one of the beautiful single nurses in a recent interview made this known.

According to her, she is shocked that upon their public affirmation that they are single and waiting patiently for Ghanaian men to gather courage and approach them, they have still not shown up.

”We are worried and we don’t know why Ghanaian men are not approaching us. We are beautiful and we have our money too. If care is not taken we will go on demonstration out of frustration if we don’t get men to marry us this year”,  she said.

They also released their official website where men can hook up with them.