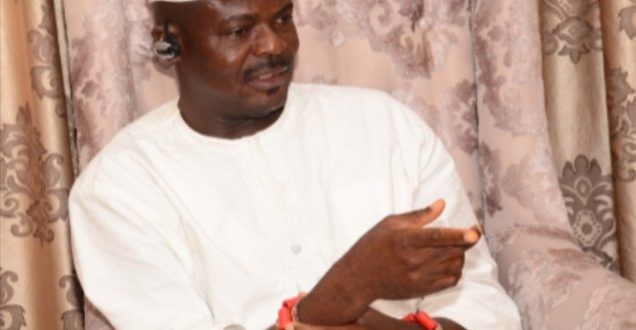 Oba Olugbenle Receives In Audience Members Of Yewa Metro Club, Advises Kinsmen To Be United Towards Dev. Of Yewaland

An advice has gone to indigenes of Yewaland to come together towards the development of the region.

The Olu Ilaro & Paramount Ruler of Yewaland, Oba Kehinde Gbadewole Olugbenle made this appeal on Sunday June 9, 2019 while receiving in audience some members of Yewa Metropolitan Club Ilaro during their courtesy visit to the monarch.

Oba Olugbenle lamented that lack of unity and understanding of one another had robbed Yewaland of many opportunities that could have enhanced the socioeconomic development of the area.

He was of the opinion that some indigenes of Yewaland who are either in elected or political positions are very timid and always denied their kinsmen in the public, simply because they are not in the same political party, saying, “this attitude is not good, rather my people should borrow leaf from the Dosunmu and Ashiru brothers who were in different political parties, but remain as indivisible families.

“Methinks, we as a people should see ourselves as brothers and sisters, no matter the difference in religion or political party we all belong. We should also desist from condemning ourselves or washing our dirty linen in the public.

“I want my people to also participate in the Ogun state project; and we must not be denying ourselves whenever we need assistance from any of us in position. Our people in political positions should give back to the people that voted them in”, Oba Olugbenle enthused.

The first-class monarch urged members of Yewa Metropolitan Club, Ilaro to use their positions in the society to educate their kinsmen on how to relate with one another without any rancour, adding, whenever there is crisis among us, we should come up to resolve them amicably, our actions and deeds should better the people of Yewaland”.

His words; ” I want to use this opportunity to thank members of Yewa Metropolitan Club Ilaro for appointing me as your Grand Patron, and I also thank you for supporting me since I became a monarch. Your visit is also highly appreciated, and I believe the relationship will continue unabated”.

Earlier in his speech, the President of the club, Chief (Engr.) Femi Tetede expressed the club’s gratitude to Oba Olugbenle for accepting to be their Grand Patron, saying that the club is very proud of the monarch’s peaceful reign since he mounted the stool of his forefathers.

“We shall also continue to play our social role towards the betterment of our people”, Engr. Tetede posited. 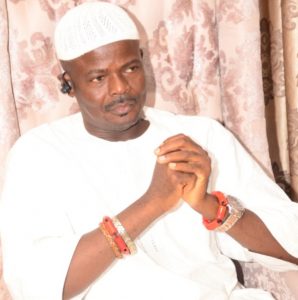 Tags Advises Kinsmen To Be United Towards Dev. Of Yewaland# Oba Olugbenle Receives In Audience Members Of Yewa Metro Club