Breaking News
Home / HEADLINE / We Are Not Part Of Abiodun’s Victory, PDP Declares In Ogun 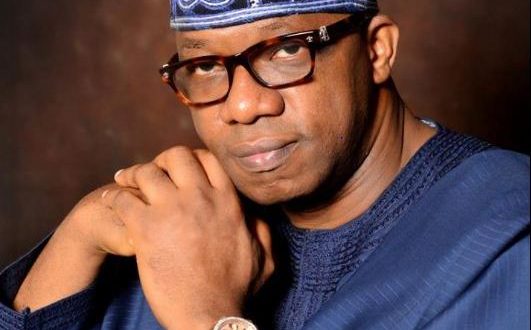 We Are Not Part Of Abiodun’s Victory, PDP Declares In Ogun

StarTrend May 16, 2019 HEADLINE, NEWS, POLITICS Comments Off on We Are Not Part Of Abiodun’s Victory, PDP Declares In Ogun 11 Views

The Ogun state chapter of the Peoples Democratic Party has distanced itself from the victory of the candidate of the All Progressive Congress, APC, Dapo Abiodun at the last governorship election in the state.

This was conveyed by the state deputy chairman of the party, Bamgbose Samson on Tuesday May 14, 2019 at the sideline of the inauguration of four new executives to fill vacant seats in the party.

Bamgbose blamed the defeat suffered by the party at the last governorship election on a factional governorship candidate of the party, Hon Ladi Adebutu, who was elected as a member of the federal House of Representatives in 2015 under the same party.

Speaking on alleged Kashamu’s support and visit to congratulate the winner, Dapo Abiodun of APC, Bamgbose said that the visit does not translate to support for Abiodun.

“Fact is fact, opinion is free, you are free to say whatever you like. How could somebody dishing out millions, billions from his personal pocket to achieve a particular aim now agree to say, let me give it to another person? Buruji is not the kind of person; he is a very liberal person, the moment it has happened, he doesn’t care. Nothing like that.

“You can see what led to the fall of PDP in the last election, Ladi Adebutu about two or three hours to the election, he took his people to join APM, they wrote a communique sharing positions. So you can now see that the originator of that problem is Ladi Adebutu”

Bamgbose also refuted rumours that the state chairman of the party, Bayo Dayo has resigned.