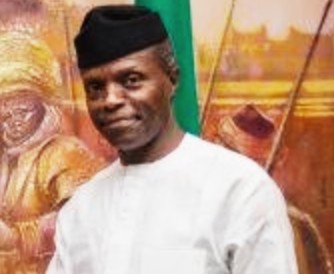 Vice President Says, Our People Can Solve Many Of Our Problems; Lauds West African Surgeons For Thousands Of Free Surgeries

Idowu Hamed February 16, 2020 HEADLINE, HEALTHWISE, NEWS Comments Off on Vice President Says, Our People Can Solve Many Of Our Problems; Lauds West African Surgeons For Thousands Of Free Surgeries 17 Views 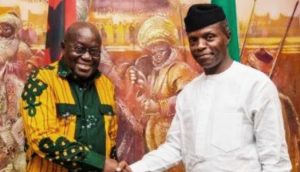 ABUJA: Nigeria’s Vice President, Prof. Yemi Osinbajo, SAN has said that given the impressive performance and achievements recorded by Nigerians across diverse fields, at home and abroad, it is evident that many of the country’s problems can be solved by Nigerians themselves without recourse to foreign aid.

According to a press release e-signed and made available to StarTrend Int’l magazine & www.startrendinternational.com by, Laolu Akande, Senior Special Assistant to the President on Media and Publicity, Office of the Vice President, Osinbajo said this on Friday, February 14, 2020, when he received a delegation from the West African College of Surgeons (WACS), in his office. (The College formed by a group of young Nigerian surgeons 60 years ago predated the Economic Community of West African States).

The delegation led by Prof. Ibrahim Yakasai, mni, was at the Aso Rock Presidential Villa to brief the Vice President about the activities of the College including its planned 60th Annual General Meeting and Scientific Conference scheduled for Abuja. Yakasai is the Local Organising Committee chairman.

Speaking after listening to a brief on the achievements of the WACS, the VP said “I am glad to hear the good things that have been done by the college through the years.

“I believe that a lot of our problems, some of the aids that we need, can be provided by ourselves. We have the resources including human capacity to do it.” He thanked the delegation for the visit, assuring the College of the Federal Government’s continued support.

Earlier in his remarks, the immediate past President of the College, Prof. King-David Yawe highlighted some of the achievements of WACS especially with regards to free medical outreaches to several Nigerian communities.

He said while working with the Presidential Committee on North East (PCNE), the College has conducted 9, 000 surgeries on 49,000 patients in the Northeast with the insurgency in the region, adding that the body was currently conducting free medical outreaches in 14 hospitals across the FCT, some North Central States and Maiduguri.

Prof. Yawe added that as part of the 2020 pre-conference events, the College is currently conducting free surgeries in the FCT, Borno and other States, noting that 700 such surgical operations have so far been conducted in the past one week with a target of reaching 1000 before the commencement of the conference.

He also said that the outreaches which started 14 years ago include eye surgeries, orthopedic, paediatric & plastic surgeries, brain tumor amongst many others complicated health challenges that otherwise cost patients several millions of Naira, and for which many travel out of the country to treat.

Continuing on the activities of the surgeons, Prof. Yawe said the College has accredited training centres in Gombe, Borno and Yobe States.

He commended the Buhari administration’s support to the association in partly funding some of its activities and meeting its responsibilities especially in solving its 20-year-old problem regarding a request for land in the FCT.

Prof. Yawe informed the VP that the land has been allocated to the College for the establishment of a Skills and Simulation Centre to train surgeons in West Africa in hi-tech surgeries.

The leader of the delegation, Prof. Yakasai also informed the VP that the College works in partnership with the ECOWAS and has surgeons from 18 countries with over 7000 fellows across West Africa. The College conducts training, postgraduate education and research activities

While Yawe is the immediate past President of the College, Yakasai told the VP the current President is from Senegal. (Prof Serigne Magueye Gueye.)

Our People Can Solve Many Of Our Problems; Lauds West African Surgeons For Thousands Of Free Surgeries# Vice President Says 2020-02-16
Idowu Hamed

Tags Our People Can Solve Many Of Our Problems; Lauds West African Surgeons For Thousands Of Free Surgeries# Vice President Says