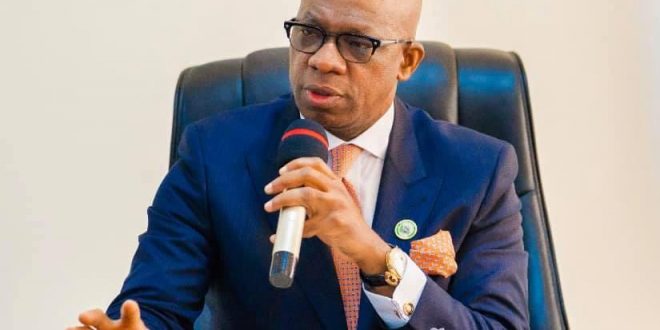 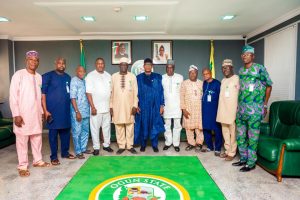 ABEOKUTA: As partners in the quest of building an economically viable State, Governor Dapo Abiodun of Ogun state has said that petroleum marketers would be protected against extortionate taxes, rates and nefarious activities of federal or state officials.

According to a press release e-signed and made available to StarTrend Int’l magazine & www.startrendinternational.com by SF. Ojo, SA Media, Governor Abiodun stated this while receiving in his office members of the Independent Petroleum Marketers Association of Nigeria (IPMAN) thanked the IPMAN, saying Ogun state will be having complaints number for anyone who feels harassed by any law enforcement agency.

His words, “We will be having a citizens complaints number. This will be a dedicated number that anyone who feels harassed, intimidated or extorted can call round the clock. No law enforcement agency, traffic agency or revenue agency is allowed to misbehave in Ogun State.

“Once that happens, you just call that number – give the description of who you are and the person who is trying to extort or harass you.

“Our tanker drivers, independent petroleum marketers are people who are investors in our State and this State is an investor-friendly one, so we will do everything to support our investors. We will not allow you to be harassed, intimidated or extorted by anyone under any guise, I can assure you”.

The Governor thanked the IPMAN leadership for calling off the industrial action to alleviate the suffering of people living in the border towns.

He assured that his administration would do all within its capacity to ensure that they carry out their legitimate businesses without hindrance.

In his remarks, the South West Zonal Chairman of IPMAN, Mr. Dele Tajudeen noted they came to express their grievances on the harassment of the Joint Task Force of Customs and the Military personnel.

He called on the Federal Government to properly indicate where the 20km set-back for petroleum products starts and ends.
“The Governor has addressed the issue and has promised to put a stop to it. We have honoured him by lifting the ban on the supply of petroleum products to the State, pending when the issues would be resolved.

“Since the closure of the border, you would recall that Government came up with a policy of ’20km to the border’ but there is no demarcation, as at today. Nobody can say where the 20km is. I think, if Government wants to be sincere, there should be a sign indicating where the 20km starts from.

“Innocently,” he said, “some drivers drive into their traps and watch as their products are siphoned into waiting tankers and containers and driven off to be sold by these military people. This should stop. We are not in a Banana Republic,” he said.

Publisher and Editor in Chief - Magazine and Online Tel: 08038525526 - 08023339764 - 08055657329 Email: startrendinter@gmail.com
Previous Vice President Says, Our People Can Solve Many Of Our Problems; Lauds West African Surgeons For Thousands Of Free Surgeries
Next Verified Anchor Borrowers’ Programme Beneficiaries Get Account Numbers Ahead Of Production Activities