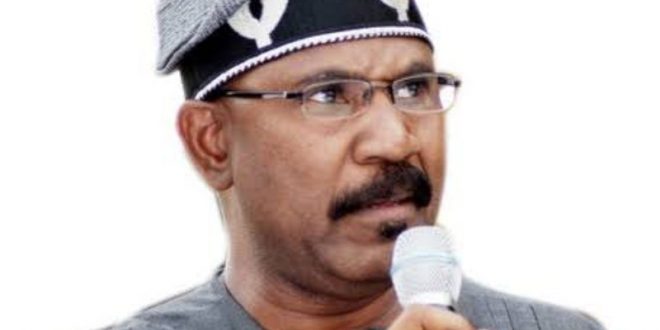 Use Of Dichlorovinyl Dimethyl Phosphate (DDVP) Is Harmful, Injurious To Health Of Citizens – Group

Idowu Hamed November 3, 2020 HEADLINE, NEWS Comments Off on Use Of Dichlorovinyl Dimethyl Phosphate (DDVP) Is Harmful, Injurious To Health Of Citizens – Group 69 Views

IBADAN – A concerned group campaigning against the consumption of pesticides in Nigeria, League Against Pesticide Consumption, on Monday, November 2, 2020 kicked against the use of dichlorovinyl dimethyl phosphate, commonly abbreviated as an DDVP (and referred to as pesticides) for the preservation of raw foodstuff and other edibles by traders and stockists, emphasising that the practice is harmful and injurious to the health of citizens.

The statement by the group made available to journalists in Ibadan on Tuesday, November 3, 2020 came on the heels of the warning by the Director General of the National Agency for Food and Drug Administration and Control (NAFDAC), Prof. (Mrs.) Mojisola Adeyeye, to members of the public against the use of DDVP in the preservation of raw food items.

In the statement signed by the Ms. Olatunde Odebiyi, Public Relations Adviser to the group, it said “pesticides are chemical compounds that are used to kill pests, including insects, rodents, fungi and unwanted plants (weeds).”

While recognising the important role of food preservation in the value chain as the method of treating and handling to slow down spoilage and prevent food borne diseases, the group however recommended the use of appropriate and standard preservatives with no harmful side effects to maintain the nutritional value, texture and flavour as against DDVP.

According to Odebiyi, the group has also observed the alarming frequency with which some distressed members of the public resort to the consumption of pesticides, urging that pesticides are not for ingestion by human beings as they are harmful to the body and could lead to several health problems and death if a consumer is not given immediate medical attention.

It added that food stuff traders and stockists in Nigeria should not throw caution to the wind in the food preservation process while consumers must be more observant, sensitive and health conscious in their consumption patterns and habits.