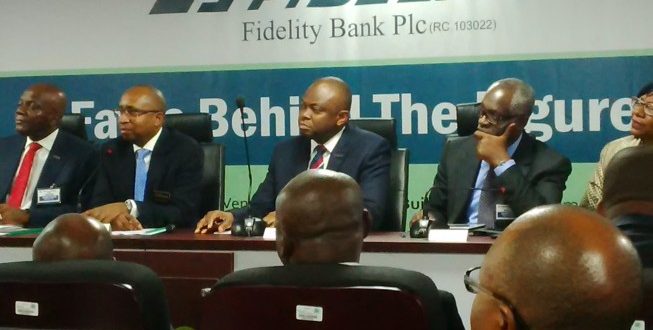 There’s An Attempt To Discredit Us, Says Fidelity Bank, Projects 300% Customer Base Growth In 2018

Idowu Hamed April 25, 2018 BUSINESS Comments Off on There’s An Attempt To Discredit Us, Says Fidelity Bank, Projects 300% Customer Base Growth In 2018 127 Views

Fidelity Bank has alerted the public of an attempt to bring its image to disrepute.

The commercial bank said this in a statement issued recently. It disclosed that it had filed a complaint at the appropriate quarters. 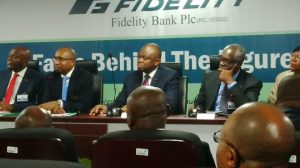 “Our attention has been drawn to spurious allegations against the bank and its officials, making the rounds online and on social media,” the statement read.

“The unsubstantiated claims and accusations, designed to mislead the banking and general public are completely false, treacherous and libellous.

“This latest attempt to bring the image of the bank to disrepute is the result of a failed blackmail and extortionist attempt, which has been reported to the authorities. We urge the public to disregard the falsehood in its entirety!

“As a full-fledged commercial bank, operating in Nigeria, we are a responsible corporate citizen and our operations are guided by the laws of the land as well as local and international banking standards.

“At Fidelity Bank, we remain committed to providing excellent banking services to all and will not be distracted by the antics of these detractors.”

In another development, Fidelity Bank Plc has projected 300 percent growth in its customer base this year, even as it continues to promote the financial inclusion drive of the Central Bank of Nigeria (CBN).

“We have laid out plans to triple our current client base. With our current growth pace, we will achieve this target.

“The promo avails customers the opportunity to enjoy value in addition to the interest paid to savings deposit.”

The lending institution further disclosed that its savings deposit has grown by 91 percent to N170 billion in the last three years as a result of the promo.

In his own address at the event, the Managing Director/Chief Executive, Fidelity Bank Plc, Mr. Nnamdi Okonkwo, who was represented by Directorate Head, Corporate Banking, Mr. Obaro Odege said: “About three years ago, the savings base was about N89 billion but I can tell you that today we have crossed N170 billion threshold and it is still growing. So clearly, we have really demonstrated a lot of traction since this promo started.’’ 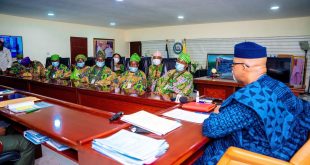 FIRSTBANK: THE EMBODIMENT OF CORPORATE RESPONSIBILITY AND SUSTAINABILITY