Home / HEADLINE / TERRORIST ATTACK ON FARMING COMMUNITY IN BORNO: WE WILL DO ALL IT TAKES TO SECURE NIGERIA – OSINBAJO 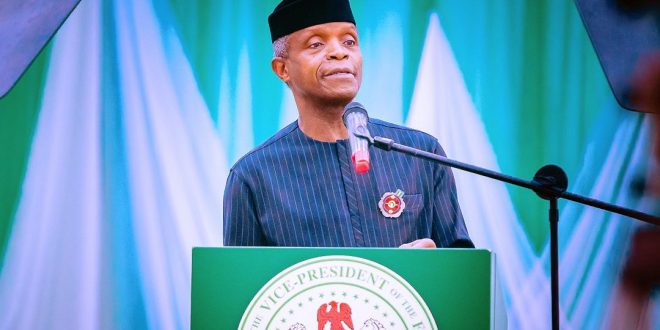 TERRORIST ATTACK ON FARMING COMMUNITY IN BORNO: WE WILL DO ALL IT TAKES TO SECURE NIGERIA – OSINBAJO

Says, “Our Hearts Go To Gamilies, Loved Ones Of Those Killed”

ABUJA – The Vice President, Prof. Yemi Osinbajo, SAN, has said Buhari administration will not relent, but will do all it takes, including putting new ideas on the table in order to secure the country.

According to a release e-signed and made available to StarTrend Int’l & online – www.startrendinternational.com by Laolu Akande, Senior Special Assistant to the President on Media and Publicity, Office of the Vice President, Osinbajo stated this when he paid a one-day official visit to Nasarawa State on Tuesday, December 1, 2020, and accosted by reporters on his arrival in Lafia after he was received by Governor Abdullahi A. Sule. 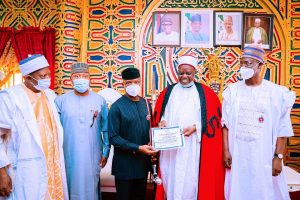 Below is the verbatim report of the Vice President’s response to the media:

“As the President said, these group of people have acted insanely in such a dastardly manner, killing innocent people, people who had gone to their farms to work.

I spoke to the Governor, Governor Babagana Zulum and the former Governor, Senator Kashim Shettima to express my condolence, but more importantly, to try and think through ways of dealing with this kind of random attacks.

It’s important to understand also that we will probably need to keep reviewing the conventional means of dealing with some of these issues, these security challenges, especially the randomness.

Which is why the President has said that he is taking a serious look at how to deal with the issues, especially the randomness: some insane person goes into a place and shoots people, that is not the sort of thing that you are prepared for conventionally. 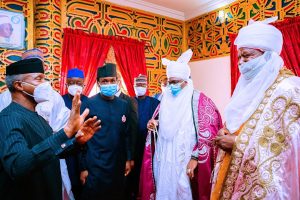 We have to do a lot more local intelligence and some of the community policing efforts we are planning on, so that information is supplied faster, especially at the local level and then a reaction will then be possible.

It is a major tragedy; it’s a very unfortunate thing and our hearts are with the family of those who were killed in such a terrible manner.

We are very confident and the Federal Government will continue to do what it needs to do especially in terms of trying to ensure security in the Northeast and all over Nigeria.

You’ve heard the President and what he has to say, especially some of the new ideas around security and the security architecture which we are trying to put in place. We will get there.” Photos; Tolani Alli 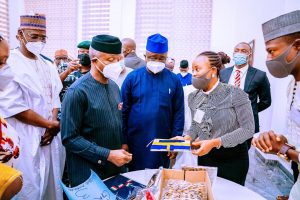 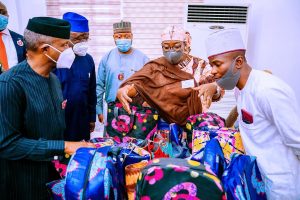 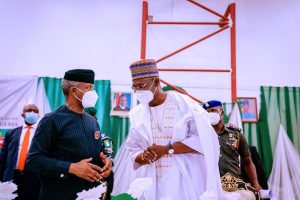 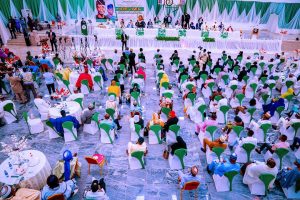 TERRORIST ATTACK ON FARMING COMMUNITY IN BORNO: WE WILL DO ALL IT TAKES TO SECURE NIGERIA - OSINBAJO# 2020-12-01
Idowu Hamed

Tags TERRORIST ATTACK ON FARMING COMMUNITY IN BORNO: WE WILL DO ALL IT TAKES TO SECURE NIGERIA - OSINBAJO#