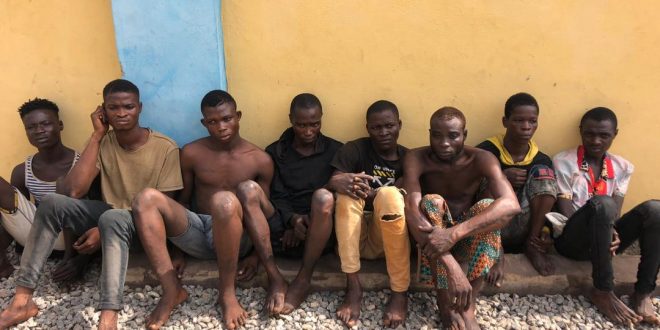 ABEOKUTA: The Ogun State Government has said that its attention has been drawn to incidences of violence, alleged robberies and related crimes resurfacing in the State, especially in the Sango-Ifo axis.

According to a press release e-signed by  AIG Sola Subair (Rtd), SA Security to the Ogun Governor, and made available to StarTrend Int’l magazine & www.startrendinternational.com by SF Ojo, SA Media to Ogun government,  the Government stated that it has not only moved swiftly into action, the affected towns including, but not limited to Sango, Ijoko, Ifo, among others are currently under substantial security surveillance.

The State Governor, Prince Dapo Abiodun stated this, as he disclosed that he had communicated with all relevant agencies and mandated them, especially the State Command of the Nigeria Police to ensure law and order in all the affected areas, as well as the entire state.

It was gathered that the Government had earlier seen to the arrest of some suspects, as carried out by the Police, which was in connection with the chain of unrest in the affected localities.

“Initial arrests notwithstanding, made by the State Police Command on Friday, April 10, 2020 is not leaving any stone unturned as the Command

“The State Government wishes to reiterate its commitment to the security of lives and property.

“We wish to assure the entire citizenry of adequate security and our dedication to safety of the people, and we urged everyone not to panic, as the situation is under control,” the Governor assured.