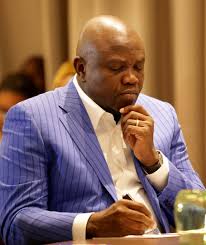 Some retired workers of the Radio Lagos and Lagos television on Tuesday appealed to Gov. Akinwunmi Ambode to adequately fund the organisations to enable them to offset their terminal benefits before May 29.

The retirees made the appeal an interview with the News Agency of Nigeria (NAN) in Lagos, claiming that there had been a delay in processing the benefits.
Mr Biodun Akinbusuyi, who spoke on behalf of the affected retired workers, said that they were transferred from two parastatal-agencies to main service in 2016.

According to him, the Lagos State Pension Commission returned the retirees’ files to the two parastatal-agencies and said that their terminal benefits should be paid by the organisations.

“We are appealing to Ambode to assist the parastatals-agencies by approving the terminal benefits, which is not up to N100 million, before the administration winds down.

“We are not more than 20 retirees affected by this development,” Akinbusuyi said.

The Lagos State Commissioner for Information and Strategy, Mr Kehinde Bamigbetan, had at the last congress of the Lagos State Council of the Nigeria Union of Journalists, promised the retirees that their terminal benefits would be paid.

The official said that the ministry would assist in ensuring that issues causing the delay in treating the files of the affected retirees would be sorted out.

According to him, though Radio Lagos/Lagos television are financially insolvent to pay the retirees’ terminal benefits, the governor will do his utmost before handing over.(NAN)