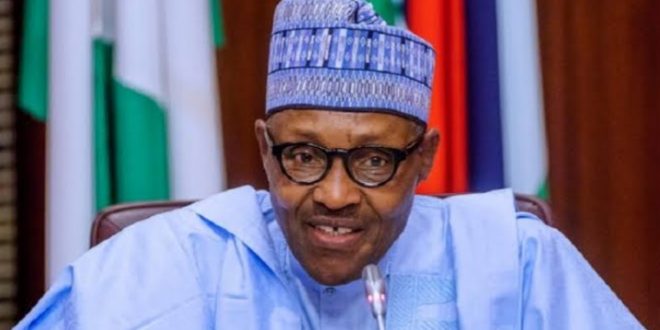 LAGOS: President Muhammadu Buhari has been described as a pathfinder in his intervention to save the ruling All Progressives Congress (APC) from imminent collapse.

His words: “The President has been firm and decisive, and such are the hallmarks of a pathfinder at critical moments. His intervention exemplified visionary leadership, deploying statecraft and astuteness to save the ship of the party from hitting the rocks. He deserves the accolade of a gifted leader who has returned APC to the path of sanity, decency and peace.

“The party is now coasting home to pursue its noble ideals, build virile internal democracy and confront the economic challenges of the nation. The President has charted a new course that will propel members to act in unity for the betterment of the party and country”.

Otegbeye congratulated members of the new Caretaker and Extra-Ordinary Convention Planning Committee of the party, expressing confidence in their abilities to discharge the onerous assignment before them.

He urged the Governor Mai Mala Buni-led Committee to be just and equitable, providing a level-playing ground for all members of the party that are interested in contesting for party offices at the upcoming national convention of the party.

BOT as he is fondly called however called on APC members across the country to make sacrifices at this difficult time and cooperate with the new leadership in the overall interest of APC.

Barrister Biyi Otegbeye is an APC leader and Founder of “Building Opportunities For Tomorrow” (BOT), a socio-philantropic organisation which is reputed for welfare programmes, educational scholarship and medical interventions to uplift indigent students, the needy and vulnerable people in Ogun State.

Recalls, on the heels of the National Executive Committee (NEC) meeting of the party which was held at the Presidential Villa on Thursday, June 25, 2020, far-reaching resolutions were adopted, based on the recommendation of the President, which included the appointment of Caretaker/Extraordinary Convention Planning Committee to oversee the National Convention of the party within six months.