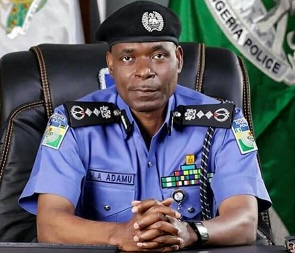 KOGI STATE: There are reports that top politicians are working to ensure the release of gangsters linked to the June 4, 2020 Bank robbery in Isanlu, Kogi state.

A group identified as the League of Concerned Professionals is credited to have said that some desperate politicians in the state may be deploying massive resources towards freeing suspects.

The group from Kogi West Senatorial Zone also fears that the politicians could sabotage ongoing investigations on the robbery.

In a statement sent to journalists and signed by its President and Secretary, Leke Ishola and Moruf Abdulrahman, resdpectively, the group alleged that police operative had traced some of the money stolen from the Kogi Bank to another Bank in Abeokuta.

According to the group, another team of policemen have nabbed some of the gangsters using illegal weapons given by politicians during the last elections in Kogi state. The group wants the IGP to intervene in the case and ensure justice is done.

The statement reads in part, “In spite of being underfunded and undermanned, the Nigeria Police Force has demonstrated that some of its intrepid operatives will gallantly resolve very knotty criminal activities, but presently, the good works of heroic police detectives is about to be sabotaged by highly placed persons who are deploying massive resources towards preventing the criminals, their weapons and nefarious activities from being traced to them.

“Unless this matter is properly investigated to a definite conclusion, lives of many police officers and other citizens are at stake as no one knows who could be shot or killed tomorrow through the use of these illegal weapons that few politicians have put into wrong hands.

“It is in this regard that we passionately appeal to the IGP not to allow the police DPO, seven other policemen and one passerby killed by the dastardly criminals to die in vain; we fear because we heard that already, a highly-connected suspect detained in Abuja had his telephone handset returned to him, prior to his being freed.”