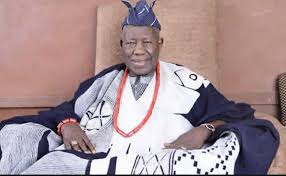 Oba Saliu Adetunji Ajeogungunniso I, the Olubadan of Ibadanland, who clocked 90 years recently

*Pomp, As Ibadan Stand Still For Olubadan At 90, Ajimobi, Others Eulogised Monarch

Idowu Hamed August 27, 2018 NEWS Comments Off on *Pomp, As Ibadan Stand Still For Olubadan At 90, Ajimobi, Others Eulogised Monarch 112 Views

With scores of eminent personalities, including first class traditional rulers across Yorubaland, sons and daughters of Ibadan, the Oyo state capital celebrated the first class monarch, Oba Saliu Adetunji Ajeogungunniso I, the Olubadan of Ibadanland, who clocked 90 years in grand style at the International Conference Centre of the University of Ibadan. 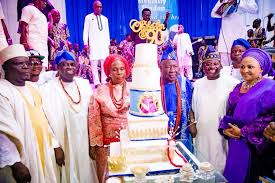 The guests praised Oba Saliu Adetunji’s sterling qualities and his immense contributions to the development of Ibadanland and humanity.
Though, other Olubadan High Chiefs were absent at the ceremony , the presence of the Osi Olubadan of Ibadanland, High Chief Rashidi Ladoja was indicative that the festering crisis over the review of the 1957 Declaration of the Olubadan Chieftaincy Laws by the state government is yet to be resolved.
Governor Ajimobi in his short speech wished the monarch well, describing him as a loving, amiable father and prayed for his longevity on the throne.
He pledged to rebuild the Music House belonging to the gospel music icon, Yinka Ayefele, so that the enemies of his government do not capitalise on it to tarnish the good deeds of his government.
Among the dignitaries were members of the Council of Lagos Traditional Chiefs led by Oba Onikoro of Lagos, Oba Adesoji; the Ooni of Ife, Oba Adeyeye Ogunwusi; the Olugbo of Ugbo, Oba Obateru Akinruntan; the Eleruwa of Eruwa, Oba Samuel Adegbola; former Governor of Kano, Senator Rabiu Kwankwanso represented by Dr. Muktar Umar, and General Officer Commanding (GOC) 2 Mechanised Division of the Nigerian Army, Major General Chukwudili Azinta represented by Brid-Gen. Soyele. 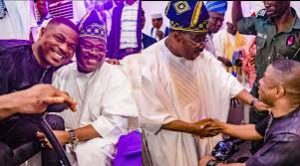 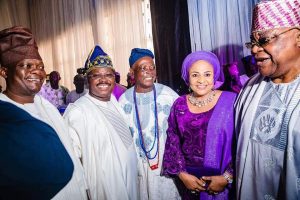 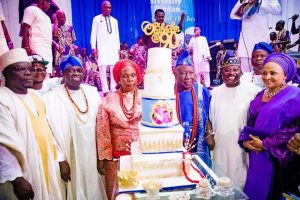 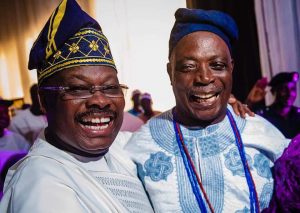 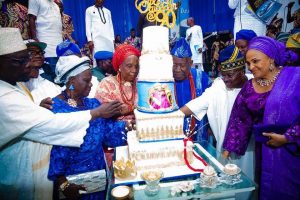 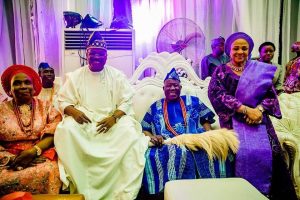 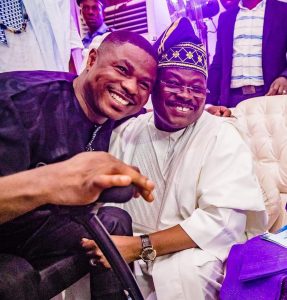 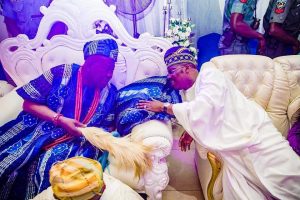