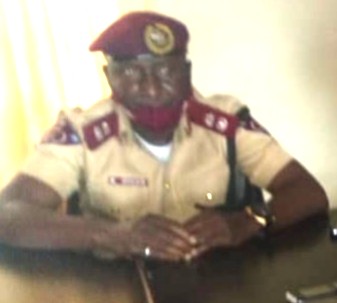 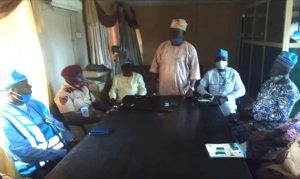 The Commandant stated this when he paid a working visit to the Transition Chairman of Yewa South Local Government, Alhaji Bode Fagbenro in his office at the council’s secretariat in Ilaro.

Commander Umar pointed out, that the peaceful atmosphere has engendered people in the area to continue to move about their normal routine activities without fear or hindrance from any quarters. 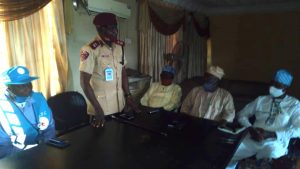 Umar who assured that authority of FRSC would influence the reconstruction of Owode-Ilaro-Idiroko road said, “As I’m made to understand, the road is an international road linking up Benin Republic. Therefore, it is a very important road and I assure you that we from FRSC, shall do everything possible to ensure that the road is reconstructed to you international standard as a gateway to Nigeria.” 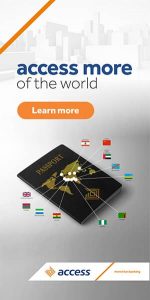 His words, “I want to intimate you being the first Chairman I will be meeting since I reported in Ogun state, that FRSC national headquarters has concluded all preparations to deploy officers to all the Local Government in the country, including Ogun state where they will serve as station officers, and already, we have posted some people here.

“We solicit for your cooperation to receive them and give them all necessary support they may require.”

He said that the main reason for transferring the officers to Local Governments was for them to interface with the grassroot on behalf of FRSC, especially interms of policy advocacies, adding that they were mainly for administrative purposes.

Welcoming the State FRSC Commandant, the Local Government Transition Chairman, Alhaji Bode Fagbenro who described Commander Umar as a visionary leader, said that Officers of FRSC working in the area were hardworking and efficient. 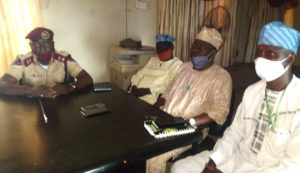 “From your little address, it has shown that you are a visionary leader and an officer who knows what he is doing. Your men here are really working hard because since my inception in office despite that the roads are bad, accident have been minimal which was as a result of their efficacy and efficiency.

“I want to appeal to you to give us here in Ilaro being the headquarters of Yewa South Local Government a unit head. We will see what we can do to give you the necessary supports needed to make it a reality especially in the area of accommodation”, Fagbenro posited. 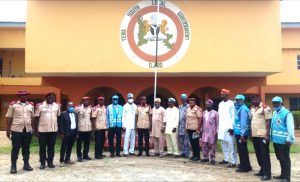 Publisher and Editor in Chief - Magazine and Online Tel: 08038525526 - 08023339764 - 08055657329 Email: startrendinter@gmail.com
Previous Nigeria Is The Most Prosperous Black Nation In The World – President Buhari
Next Oba Olugbenle Describes Recreation Club Ilaro, A Foremost Club In Yewaland