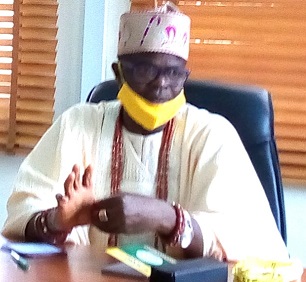 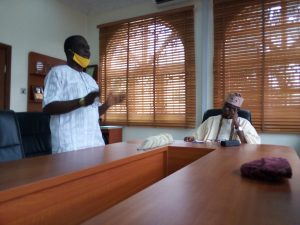 ILARO-YEWA – The Olu of Ilaro & Paramount Ruler of Yewaland, Oba (Dr.) Kehinde Gbadewole Olugbenle has pointed out that Recreation Club of Ilaro remains a foremost club in the entire Yewaland.

Oba Olugbenle made the affirmation when he played host to the executive members of the club in his private palace in Ilaro-Yewa, headquarters of Ogun West.

The Paramount Ruler who congratulated the new executive members for their success at the recent election of the club, charged them to initiate ideas and policies that would engender fast growth and development of the club.

He implored them to emulate notable clubs in neighbouring states and cities by renovating and put in place modern structures that would make it more attractive and interesting for other well-meaning citizens within and outside Ilaro and Yewaland at large to join the club. 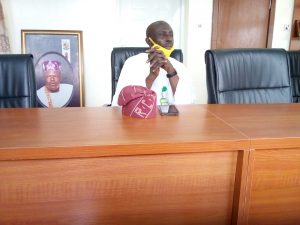 His words, “I congratulate you for the successful elections, most especially the former President, Chief Safarudeen Popoola for a successful landing. I congratulate the new President, Pastor Adebowale Olaode and the entire executive members. I pray that God Almighty will give you wisdom and knowledge needed to stair rightly the affairs of the club.

“I thank God that the club is still existing and alive despite the dispute that happened amongst members after the previous elections which led to the birth of spinster group. 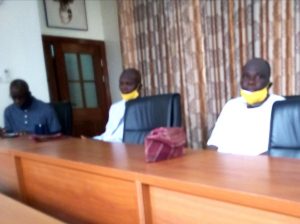 “I want to charge the new President to emulate the developed clubs such as those in Lagos, Ibadan and other cities in the country. Let there be a restricted entrance or a toll where entrance card will be issue to anyone that want to come into the club for security reason”.

Oba Olugbenle stated further that all he wanted in Ilaro as the Senatorial headquarters of Ogun West was visible and quality projects that could compete with those structures in other towns and cities, pointing that he has not witness any visible projects sponsored by members of the club since he ascended the throne of his forefathers, over eight years ago.

He charged them to add values to the club so that they could generate certain income for it’s development. 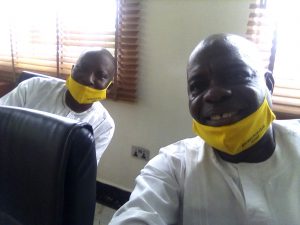 “Let challenge ourselves and bring others on board for the development of Recreation Club and Ilaro-Yewa at large”, Olugbenle posited.
Responding, the President of the club, Pastor Adebowale Olaode, who appreciated the monarch for his royal blessing and supports to the club said, “We need more efforts to move the club forward. As I am talking to you sir, work is going on on the club’s guest room and by the grace of God, I pray that by next two to three months its will start to function.

“We have started work on the completion of our guest rooms and other projects in the clubhouse.

“Sir, if not for the coronavirus pandemic that drawn our hands back, a lot of things would have been done, because we are thinking of giving that place a standardize outlook.” 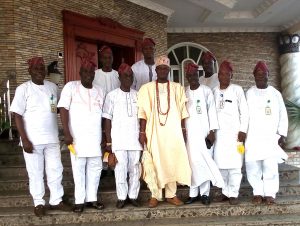 Pastor Olaode who further pointed out that the new exco would ensure completion of the club fence, stated that effort was ongoing on how to generate funds for the development of the club without overdependent on the subscription of members.

He said that by God’s grace many projects penciled down for the development of the club would soon be completed, adding that by the time he is stepping down within two and half years from now, he would be handling over a new phase of Recreation Club, Ilaro to the next executive that would be coming after him. 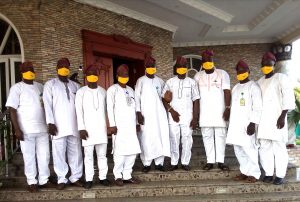 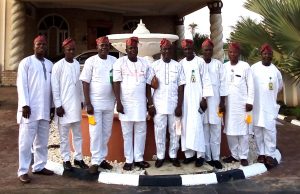