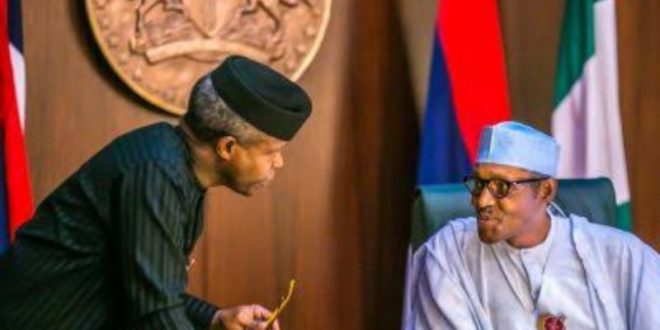 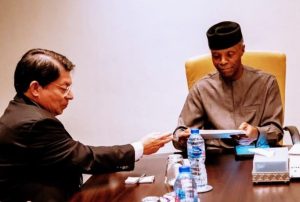 ABUJA: The Vice President Yemi Osinbajo, SAN has said that Nigeria is well into the process of diversifying its economy, with emphasis on sectors such as agriculture, mining, solid minerals and manufacturing.

According to a release e-signed and made available to StarTrend Int’l magazine & www.startrendinternational.com by Laolu Akande, Senior Special Assistant to the President on Media & Publicity, Office of the Vice President; receiving on behalf of President Muhammadu Buhari a special message from the President of Nicaragua, Daniel Ortega, Vice President Osinbajo noted that Nigeria and the Republic of Nicaragua share the same view on the need to strengthen existing bilateral relations and expand economic ties.

Noting the efforts of the Nicaraguan President on the country’s economy, the Vice President stated that the Federal Government of Nigeria regards its relations with Nicaragua as valuable.
Prof. Osinbajo noted that both countries should explore all areas of cooperation for improved relations.

“We (Nigeria) are in the process of diversifying our economy, from dependence on oil. Now, we are diversifying into different fields; agriculture, agri-business, mining, solid minerals, manufacturing, technology and innovation.

“We are also interested in expanding our own reach in terms of trade and exports, especially the export of processed agricultural products. We are also diversifying our power sources, and developing our capacity in renewable energy. Recently, we commissioned (in Kano State) the largest solar hybrid power plant in Africa,” he said.

The VP added that building an inclusive egalitarian society is one of the core pillars of the Buhari administration.

In his remarks, the Special Envoy, Colindres, requested for both countries to collaborate on the supply of Nigeria’s crude oil to Nicaragua, while also seeking the support of Nigeria for Nicaragua in its request for an observer status at the African Union (AU).

“We have already presented a draft cooperation agreement between Nigeria and Nicaragua,” Colindres said. 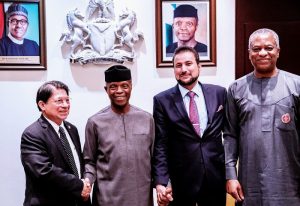 Meanwhile, the Vice President also presided over the 10th board meeting of the National Boundary Commission this afternoon. The meeting was attended by the Minister of Works and Housing, Babatunde Fashola; Minister of Interior, Rauf Aregbesola; and Minister of State for Budget and National Planning; Clement Agba, among other senior government officials.