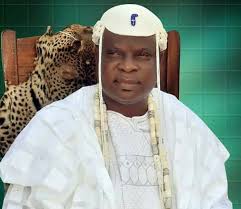 OTA-OGUN STATE: The Olota of Ota, Oba Abdulkarim Obalanlege has charged journalists to desist from money bag journalism in order to rebuild the nation.

The monarch spoke to journalists at the weekend at his Ota place while receiving an award of honour from G4 Media outfit for his contribution to the development of the Otaland and his people.

Obalanlege in his charge argued that journalism as a noble profession requires truthfulness, insisting that the ethics of the profession must not be replaced with money.

He frowned on a situation where journalists compromise their professional integrity in the discharge of their duty.

His words “Don’t put money first. in this profession. When you get things right, money will find you. Ethics of the journalism profession must not be compromised.

“As journalists you must be careful of what you write. Don’t damage your image with the love of money. Don’t be desperate to get money. Your integrity will speak for you”.

Meanwhile, a monarch, the Olukotun of Ota, who also spoke at the event said the Ota leaders have, since the outbreak of the deadly Coronavirus epidemic not been resting on their oars to ensure that the people take preventive measures to protect themselves from contacting the virus.

Supporting the decision of the state and federal governments over the deadly virus, he stressed that the decision to ban social gatherings was a welcome idea, adding that it would prevent people from contacting the disease.

He the appealed to Nigerians to strictly adhere to the directive and endure until the permanent solution is proffered.