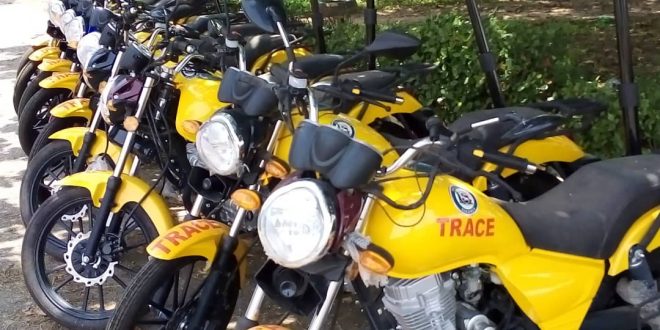 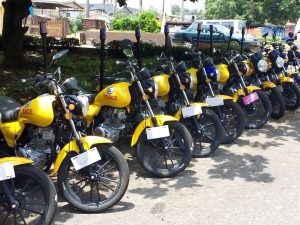 This is in fulfilment of Governor Dapo Abiodun’s promise that TRACE would benefit from Security Trust Fund towards effective road safety and management.

organised for the riders of the Corps in Abeokuta, the Governor said, it becomes imperative to equip the Agency with necessary tools to make them more proactive in the discharge of their duties, thereby reduce road accident to the bearest minimum in the state.

The Executive Secretary/CEO who was represented through the Head of Administration of OGSTF, Mr. Olukoga Olatunde Emmanuel appreciated the efforts of TRACE for prompt response to traffic issues in the state, urging them to be more alive to their responsibility of saving life’s and property.

In his submission, the Corps-Commander and Chief Executive Officer, Commander Olaseni Ogunyemi appreciated government gesture, promising that the TRACE Corps would be alive to it’s responsibility of managing the traffic across the State.

“We educate our officers through training and retraining on what we want them to do while on the field as a commensurate measure to reduce road traffic accident so as to attain the United Nation Decades Standard Action for Road Safety”, he said.

Ogunyemi charged them to take care of government’s property and to always be at their duty post, so as complement the government effort in securing the state from road crashes.