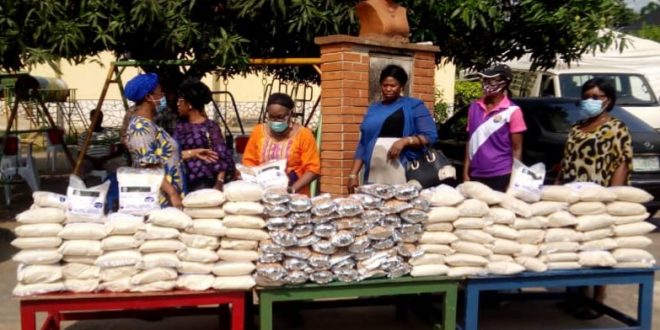 ABEOKUTA: Women Support & Care Initiative, an NGO in Ogun state has joined the leagues of many Nigerians that had supported the state government as it donated 100packs of Gaari-Ijebu and 50packs of red beans to support government efforts in providing food items to the poor, vulnerable and aged women in the state during this lockdown period.

The Permanent Secretary, Ministry of Women Affairs & Social Development, Dr. Ranti Oladeinde, who received the items on behalf of the Honorable Commissioner, Mrs. Funmilayo Efuwape, appreciated the Organization for supporting the state government with their widow’s might, saying government has made giving out of relief packages as one of it’s major effort at responding to the pandemic in the state. 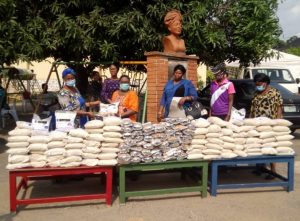 Efuwape said what the organization has donated would compliment what the government had on ground, assuring even distribution of the items along side government relief items towards alleviating the suffering of the poor, aged and vulnerable in the state.

Earlier, the leader of the team, Dr. Lara Quadry, said the organization in line with its objectives of helping women decided to support the state government by providing food items for citizens who due to the current COVID-19 pandemic lockdown had been affected and could not afford to get food items.