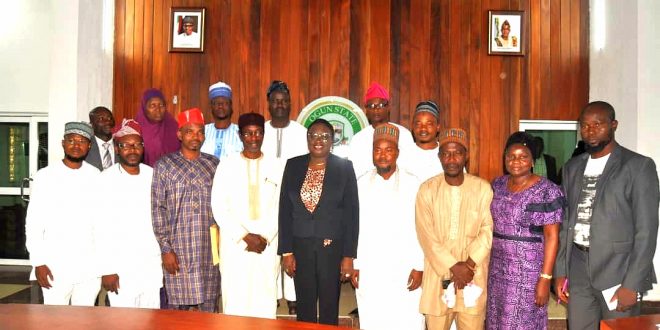 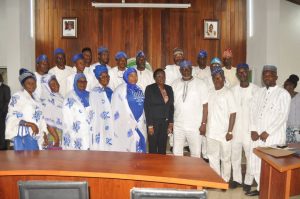 Ogun State Deputy Governor, Engr. Noimot Salako-Oyedele has said the present administration in the State is committed to improving the standard of living of its citizenry.

Accordfing to a release signed and made available to StarTrend Int’l magazine & www.startrendinternational.com by Mrs. Oluwaseun Boye, Press Officer to the Ogun Deputy Governor, Engr. Salako-Oyedele stated this while playing host to executive members of Al-Amanah Islamic Welfare Foundation, who came on a courtesy visit to her office at Oke-Mosan, Abeokuta.

She said the Prince Abiodun-led administration was an all-inclusive government, irrespective of religion, faith and political background, adding that the people of the State would enjoy more dividends of democracy as government unfolds its policies and programmes.

“This government is going to be a government for everybody in the State and it is not for a particular religion, gender, tribe or ethnic group. We also believe that security is important because if we are not safe and secured, we would not be able to achieve these agenda and that was why government invested heavily on security”, she added.

According to her, ”Government is paying a lot of attention to food security and we are going to be assisting in the Agro-allied sector, as more investors show interest, we are going to support them fully”.

Engr. Salako-Oyedele commended the society on initiatives aimed at promoting the welfare of its members, through issuance of loans and housing scheme, noting that such programmes were similar to the Okowo-Dapo scheme.

In his remarks, the Executive Director, Al-Amanah Islamic Welfare Foundation, Imam Rahman Jagunna, commended government on efforts at combating crimes through the purchase of security patrol vehicles and other security equipment, adding that with this development, Ogun would no longer be a haven for criminals.

While congratulating the State Government on its 100 days in Office, the Executive Director noted that rehabilitation of State’s Teaching Hospitals, creation of employment opportunities for the youths through the Job Portal, rehabilitation of roads, as well as the empowerment programme of Oko’wo Dapo, targeted at women, were right steps in the right direction, in making life more meaningful for the people.

Jagunna therefore urged government to collaborate with their foundation, which is an interest free Islamic co-operative society that empowers people to be self sufficient, adding that other religious bodies, as well as non-governmental organisations should be incorporated as this move, according to him, would help in delivering dividends of democracy to all.

In a related development, the Chairman, Nasrul- Lahi- Fatia Society (NASFAT), Ogun Zone, Alhaji Shakirudeen Olalekan has called for better partnership with the State government, pledging that the body would continue to support the present administration in the State.