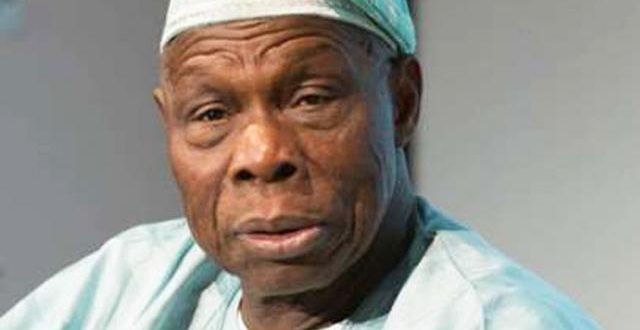 The former President, who met with representatives of the feuding communities at his Presidential Library (OOPL) Abeokuta, insisted that it was time to bury their hatchet in the interest of the future generations.

The meeting which drew emotions had Obasanjo reechoing the memories of the civil war, saying, “despite the war, those of us pointing guns at each other at the war front, sat down to reconcile and ended the war.

His words; “That is the beauty of disagreement. coming together again to settle and move on in the interest of peace, progress and future generations. It is time to come together in your areas. I want to appeal to you all to sheath your swords.

The traditional ruler of Ayetoro, the Onibudo of Ayetoro-budo, Oba Adewunmi Adeniji Odutala in his address assured that peace and progress would return to the town.

He thanked the former President and Chief Akanle for their efforts to bring both sides together again, despite futile attempts in the past.

Oba Odutala  commended Obasanjo for the peace parley despite having no prior briefing before coming.

His  words; “I have come for another event here in Abeokuta and since you said you wanted to see me Sir, I told my entourage that we should come together. It is part of the sincere move that you really wanted peace in our domain.

“I want to really appreciate you Sir and our highly respected Baba (Obasanjo). I promise that with this, we have no option than to put the past behind us in the interest of all that you have mentioned.”

Speaking on behalf of the Itele community, Alhaji Kazeem Ajiboye (a.k.a Oluomo) also assured that, “war is over. We cannot but thanked our fathers, who have the interest of Itele and Ayetoro at hearts more than us. We shall put the past behind us,” he also assured.

Abraham Idowu Akanle, who was joined by the former President’s Chief of Staff, Deacon Victor Durodola at the meeting (before Obasanjo briefly came) admonished the two communities to embrace peace and put the past behind them.

“I was not happy at all with the situation. I knew and related very well with your fathers and I am sure that they will not be happy wherever they are now. I have said that let Ayetoro be and let Itele be. Live together in harmony. There is much positive and prosperous future if we all come together.

“This my brother has corroborated. Your coming together again will bring me joy. Next year, I will be 81. What again do I need now, but to do things that will make me be happy. I beg you my children, let us embrace peace,” Akanle said.

Recalled, the crisis between the two communities has over the years, led to loss of lives and properties.

In 2004, the crisis became tense and since then and all efforts to bring both sides together has been in vain.