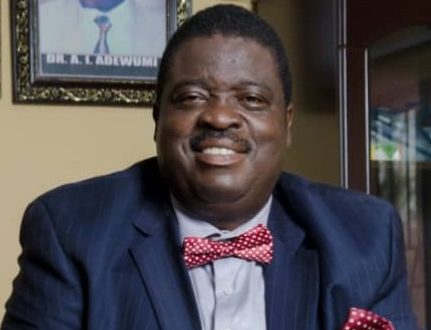 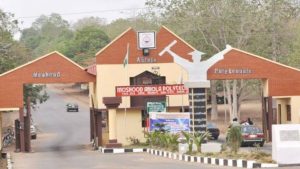 ABEOKUTA: The Rector of Moshood Abiola Polytechnic (MAPOLY), Abeokuta, Dr. Adeola Odedina Odedina has lamented the dichotomy between the HND and BSc graduates, arguing that products of Polytechnic are proven job creators and role models as well as dependable employees.

Odedina stated this at the matriculation of over 2, 000 newly admitted full-time and part-time students of MAPOLY, on Friday August 16, 2019.

He also explained that the Polytechnic is a reference point in the entrepreneurial, scientific and technological education.

The Rector urged the students to be committed, focused and disciplined so as to graduate in flying colours.

His words: ”As fresh students, let me urge you to mind who you associate with, refuse any unsolicited assistance from any one. Run away from anything that is capable of dragging the name of the institution and your families to the mud, instead, invest your energy in positive and productive works that will write your name in gold’.

”Let me remind you that your primary aim on this campus is to obtain degree which will help you achieve your dreams”, he added.

Odedina continued, ”It is pertinent you know that the Management of the Polytechnic will not be disposed to some anti- social behaviours, examination misconducts, indecent dressings , secret associations which you have sworn against today”

He also advised the students to eschew all forms of vices that could truncate their assignment in the institution, which will encourage them to take leadership positions in various fields that they have chosen.

Dr. Adeola Odedina further disclosed that the matriculation ceremony was the first in three years after the institution went into “extinction and later rejuvenated.”

It will be recalled that before the immediate past Governor, Senator Ibikunle Amosun, left office, he took steps to relocate the Polytechnic outside Abeokuta, but Governor Dapo Abiodun’s administration has rescinded the decision.

Publisher and Editor in Chief - Magazine and Online Tel: 08038525526 - 08023339764 - 08055657329 Email: startrendinter@gmail.com
Previous There Is So Much To Do Turning Power Supply Around; And We Shall Do It – Osinbajo…Says, Additional 669MW Coming This Year
Next Obasanjo Expresses Concern Over Ayetoro, Itele Communal Crisis, Calls For Truce