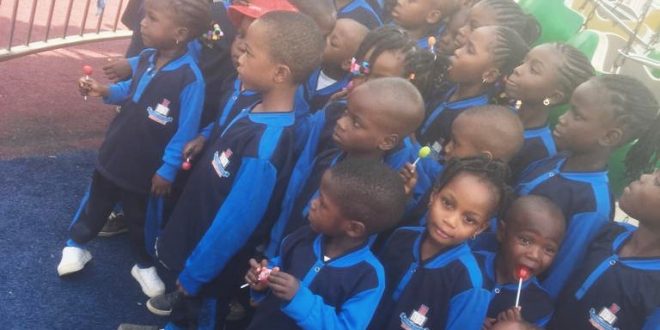 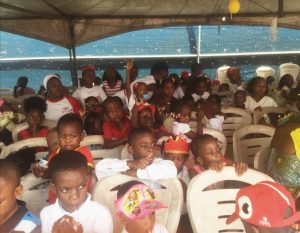 ABEOKUTA: Just a week into this year’s Christmas celebration, over 2,000 children from diverse backgrounds in the city of Abeokuta, the Ogun State capital have enjoyed free Yuletide programme organised by Nectars Universal Consult (NUC), a charity organisation.

The children who emerged from their different schools with their teachers and parents converged at the Fun Spot, a recreation centre in the state where they were exposed to different children activities to boost their sagging intelligence and confidence in all aspects of life.

The centre, situated at the MKO Abiola International Stadium was agog as the children in their colorful outfits popped around to music, giving the atmosphere unusual ambience of exhilaration. 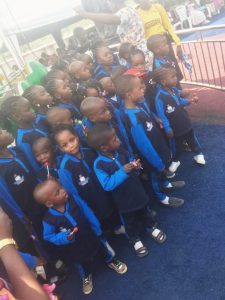 Shift from parents’ and teachers’ expectations, the students were opportuned to play several games such as Thug of War, Train Ride, Horse Ride and Gun Shooting, among other entertaining games.

The Coordinator of the event, Samuel Olawunmi, who spoke to journalists at the venue explained that the event was put together to give the children a befitting Christmas as some parents and schools may not afford it.

Olawunmi stresses, “The purpose of this event is to give children Yuletide experience. We all know the present economic situation in Nigeria, not all parents have the time, resources to give their children a befitting Christmas celebration, that is why we came out as an organization to rally round with some stakeholders to encourage the children.”

He stated further, “We are reaching out to over 2,000 children, both at primary and secondary levels of learning and there was no criteria for invitation. We considered children from both the rural and urban environment. We are charity organisation, so we didn’t take anything from them. 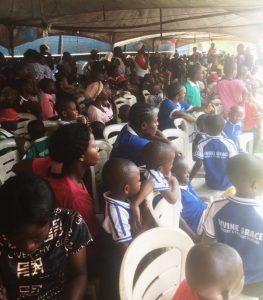 “Some who could afford money paid some amount. We collected token from some schools that could pay while we considered those schools that are not so buoyant.”

Olawunmi said the programme would enable the children to build their confidence and encourage them inculcate morals in them.

One of the children who simply identified herself as Teniola, a basic three pupils expressed her joy in the programme, saying that so far, activities enjoyed had exposed her to new children lives seem alien to her before the programme.