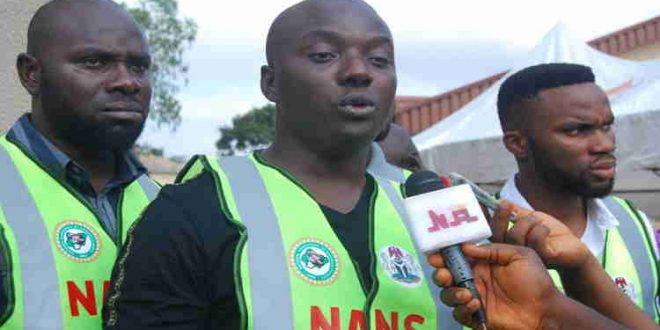 The National Association of Nigerian Students (NANS) has described the hate speech bill as an attempt to maim Nigerians freedom of expression and anti-democracy.

The Association made the statement through its National Public relations officer, Azeez Adeyemi during a Press conference held in Abeokuta, Ogun State capital.

His words, “There is no doubt that the Nigerian government is all out to clamp down on critics of their anti-human policies and acts. However, any government going this way is gradually moving toward anarchy, a point Nigerian Students will resist with every strength we have”.

According to Adeyemi,  the bill which passed the second reading last week would give  law enforcement agencies the power to shut down access to the internet and social media without recourse to the National Assembly or a court in its part 3 (12).

The Association also made known his stance on the proposed “Prohibition of Hate Speech Bill” saying the bill “is a tatical move to shut the ordinary man, youths and journalists, and pave way for their (government) impunity.

NANS stressed that the bill shouldn’t be allowed to thrive saying, “If this bill is allowed to thrive, the government will be vested with the sole power to determine what a hate speech is and as a result witchhunt opponents and even journalists.”

“We have other students in other parts of the world, but they will never be caged the way Nigerian government is trying to muscle us as if they want the world to end in this century”.

Adeyemi also called the populace attention to the “witch hunting” of students by lawmakers, when their (lawmakers) anti-masses behaviours are talked about on the social media by these students even when the social media bill is yet to be passed into the law”.

He (Adeyemi) who cited the case of a second year student, Yahuza Tijani of the Department of Science and Technology Education, Bayero University who is allegedly in Police custody in September 2019 for speaking his mind on his Facebook wall against a member of the State Assembly.