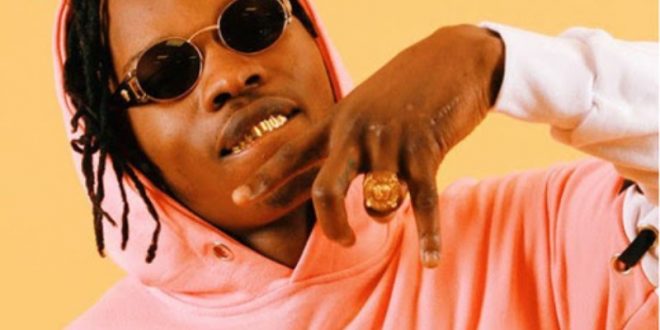 Naira Marley Resumes Activity On Social Media, As Ruggedman Gets Death Threat After Attack In UK

Singer Naira Marley is gradually integrating himself back into society since regaining his freedom.

Marley was released on bail from the custody of the Economic Financial Crimes Commission (EFCC) after spending more than two weeks in jail.

Recently, the singer shared a new photo of himself with a caption that suggests that everyone should live life on their own terms, but importantly: “get money, get high. Stay alive, stay happy.”

Many of his fans including some Nigerian celebrities took to the comment section of his post to share their welcome messages. Some shared prayers and wished the singer well as he chases his dreams and attempts to live a worthy life shy of activities that may send him back to jail.

Meanwhile, Nigerian singer, Naira Marley’s song, “Am I a Yahoo Boy”, has no doubt reached a large number of audiences going by the number of views the song has on social media.

It was learnt that the fast-rising singer’s track has hit over three million views on video sharing platform, YouTube despite his travails with the EFCC.

In another developmeny, it appears Ruggedman’s fight against internet fraud popularly known as Yahoo, is beginning to cause more harm than good to him.

It was reported recently that Ruggedman, was attacked by some men in the UK. In the video that went viral on the social media, the restaurant he was in was turned upside down as he was hit with chairs by his attackers.

Thereafter, another Nigerian in South Africa has threatened to take the rapper’s life if he comes to South Africa.

According to the man identified as Kabongo7: “See as life nearly kill you. Come Southy make you come collect the end of your life. He sure for me.”

Recalled there are many reactions about it online, with many connecting the attack to the recent release of Naira Marley, the Am I A Yahoo Boy crooner, by the Economic and Financial Crimes Commission (EFCC) whose act and music praise online fraud and encourages those in it.

It will also be recalled that recently, the veteran Nigerian rapper, Ruggedman had come out to clear the air regarding rumours of his involvement in the arrest of Naira Marley and Zlatan Ibile by the Economic Financial Crimes Commission (EFCC). This came after many people accused him of having a hand in their arrests.