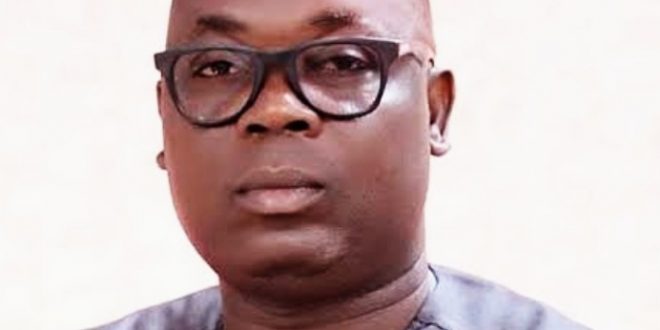 AKURE: The Ondo state government has explained that N50billion bond approved by the state House of Assembly recently is targeted at funding the ongoing and new capital projects initiated by the administration of Governor Oluwarotimi Akeredolu.

The state government also dismissed insinuation in some quarters that the bond that will be in two tranches, was being taken from the Capital market to fund the 2020 second term election of Governor Akeredolu.

The State Commissioner for Information and Orientation, Mr Donald Ojogo gave this indication at the NUJ Press Centre in Akure during his Maiden Media Interaction with journalists in the state.

It was scooped that such media interaction which had never been held in the last two and half years by the Ministry of Information, was initiated by Donald Ojogo who took over as the information Commissioner few weeks ago.

The interactive session with journalists, it was gathered was to further carry the public along on policies and programmes of the government through the media.

He pointed out that the money from the capital market would not come to the purse of the state government, but it would be spent directly on government’s projects.

Ojogo explained that Akeredolu would rather spend such huge bond on legacy projects that would impact positively on the lives of the citizenry instead of using same for any re-election bid.

“The governor didn’t take loan or bond to win his election in 2016, the people freely gave him their mandate, so he can’t take loan to do any reelection. Disregard opposition, opposition will always talk, is part of their job to talk. We all know that the money would not be paid into government’s purse, but it will be used to fund all these ongoing and new capital projects directly.”

Ojogo assured the people of the state that contractors would soon return to sites of road projects that were currently experiencing delay, adding that with the approval of the bond, ongoing projects would be completed in record time.

The Commissioner also took his time to clarify some other state issues such as the delay in conducting local government election and efforts being made by Akeredolu to bring aggrieved chieftains of the APC to his fold.

The State Spokesman promised that the state government would soon come up with actions on local government election and creation of Local Council Development Areas (LCDAs).

In a remark, the Ondo state Chairman of the Nigeria Union of Journalists (NUJ), Comrade Adetona Aderoboye commended the Information Commissioner for reviving the media interaction after about three years, urging him to sustain it on monthly and quarterly basis to help the state government in its information management.

Aderoboye who commended Governor Akeredolu for recently appointing two members of the Union as his key Aides, said journalists in the state were happy with the redeployment of Ojogo to the information ministry as a core professional.

The NUJ Chairman assured Ojogo to always count on the support of his colleagues in the media industry.

The interaction has in attendance a former NUJ Chairman and Director of Information Services in the ministry, Mr Akin Owanikin as well as the immediate past Chairman of NUJ, James Sowole.