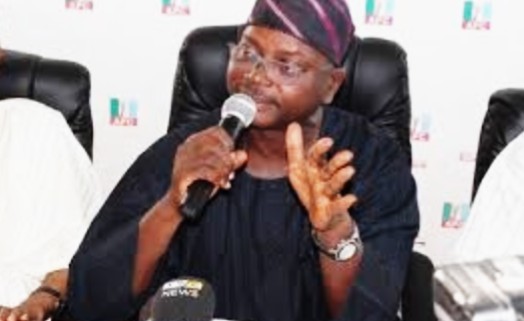 ONDO: The Commissioner for Education, Science and Technology Mr. Femi Agagu has said that the free education policy which the South Western part of Nigeria was noted for is still intact in Ondo State.

Agagu stated this in a Statutory meeting with All Nigeria Conference of Principals of Secondary School (ANCOPSS) Ondo State chapter held in Akure on Monday, October 7, 2019.

The Commissioner who said the list of approved collectables is available for both School Principals and Parents for compliance frowned at incessant reports of School Principals charging illegal fees from parents and their wards before allowing them in Schools.

He said this act has become embarrassment to the state, noting that government would be left with no option than to apply appropriate sanctions for those found culpable to serve as deterrent to others.

Speaking on inadequate teachers in some public school, the Commissioner said the office of the Ondo State Head of Service has began a process of scouting out for those with teaching qualifications in the Civil Service for further redeployment to the Teaching Service as school Teachers.

While reacting to cases of Indiscipline and Cultism among Students, Agagu urged the School Principals to avoid indiscriminate admission of Students into their schools and be proactive by engaging the Students at all times with both Curricular and extra curricular activities to avoid idleness

Also addressing the principals, the Permanent Secretary Ministry of Education, Science and Technology Mr. Akin Asaniyan said those who had collected above the collectables would be made to refund whatever is collected in excess to the students or their parents.

Asaniyan said instead of school principals extorting the Students, they should rather make the schools as Internally Generated Revenue sources for government through what they collect from the use of premises for ceremonies and part-time programmes and pay part of whatever realized to government purse since the schools belong to government and are being maintain by government.

Speaking on the quality delivery services and competency of some teachers in public schools, the Director Inspectorate and quality assurance .Mr Olusola Akanle said “The Teacher Registration Council of Nigeria ” (TRCN) had intimated the government with plan to as from year 2020 prosecute Teachers without teaching qualifications.

In an interview, the ANCOPSS president Ondo State chapter Mr. Johnbull Mebawondu said although he had held a meeting with all the principals where it was agreed that none of them will collect extra charges aside the one approved by state government, it was necessary that they heard from the Hon. commissioner.

Similarly, the Principal of Fiwasaye Girls Grammar School, Akure, Mrs. Taye Bòlá said the meeting was apt, according to her, a lot of issues bothering on School services and administration in the new session were discussed and resolved.

At the end of the meeting, a 3man communique drafting committee read the resolutions which were arrived at and same shall be forwarded to government for action with aim of moving education forward in the state.

The meeting, although statutory, was one of the series of meetings called to caution the excesses and also fashion out modalities that will put an end to social vices in the education sector.