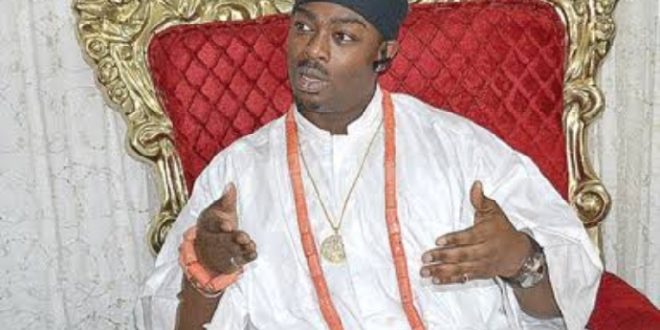 The Dein of Agbor, His Royal Majesty Benjamin Ikenchuku has called for peace meeting between former President Olusegun Obasanjo and President Muhammadu Buhari to settle the rancor between them.

The Dein made the call on Thursday June13, 2019 in Abeokuta, the Ogun State capital with emphasis that both leaders possess experience and qualities that if, jointly harnessed would be of immense benefit to the country.

The Monarch stressed that with the military background that the duo share, it was evident that the two could still continue a dialogue that those around them would not cause any kind of freezing in their relationship.

He insisted that despite their differences, they both need each other to be able to help steer the ship of this country.

In the royal father’s view, there is no doubt that if the two work together, it would facilitate the socio-economic development of the country and the good dreams of the President for the nation would be actualised.

The Dein spoke shortly after visiting Obasanjo at his residence located in the Olusegun Obasanjo Presidential Library (OOPL), Abeokuta, saying, “contrary to claims against the former President, he remains an elder statesman that is committed to the progress, peace and unity of this country, his views have not changed about Nigeria.

He continued; “Whether anybody likes it or not, Obasanjo is an elder and a statesman, who has served as Head of this country and led in different capacities. This is somebody that is well respected by the international communities too.

“Some people say many negative things about this old man, which I found to be very untrue. All the negative things they say about him, even before I met him, I found out they were lies.

He said what brought him to Abeokuta for discussion with Obasanjo was the “fulanization” issue, the country’s security situation and the Kano government/Emir crises.

The Dein of Agbor who said he was not trying to gain anything from the visit, but to help the country realise peace, unity and a fruitful country promised to pay similar visit to President Muhammadu Buhari in Abuja.