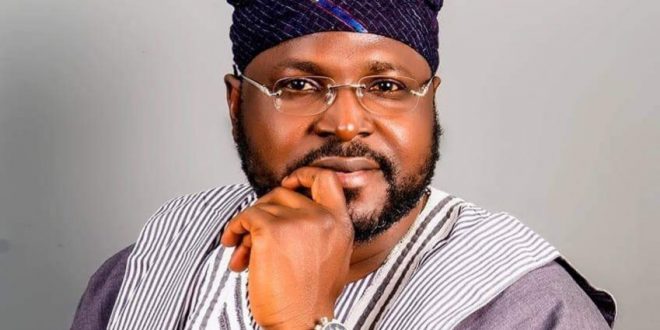 SAGAMU – Public servants in Sagamu Local Government Area of Ogun State have been urged to establish meaningful collaboration with political office holders to make positive initiatives towards achieving the set goals of the council.

According to a release e-signed and made available to StarTrend Int’l & online – www.startrendinternational.com by Iyabo Araba, ZIO, Sagamu LG, the Chairman, Hon. Jubril Odulate gave this charge recently at a maiden meeting with members of staff of the Local Government at the council’s secretariat in Sagamu, soliciting their support for a successful tenure.

Hon. Odulate pointed out the need for workers to be at their duty posts at the appropriate time, advising them to be hardworking and dedicated to ensure qualitative service delivery.

“The new administration in Sagamu Local Government will be putting in place infrastructure and developmental projects for the council to sustain its enviable position among its peers in the State”, he said.

The council boss assured that the Internally Generated Revenue (IGR) would be improved on for the provision of more social amenities, imploring the people to pay their taxes and levies promptly.

Hon. Odulate expressed his appreciation to Ogun State Governor, Prince Dapo Abiodun for the various infrastructural strides in the State, and the people for giving them the opportunity to serve, promising not to take the confidence reposed in them for granted.

In his remark, the Head of Local Government and Administration (HoLGA), Mr. Segun Ogunjobi commended the Chairman for his vision to uplift the council area, pledging the staff’s cooperation for the implementation of his laudable programmes.