Breaking News
Home / ENTERTAINMENT / Lashana Lynch: A Black Woman Is Taking Over as 007 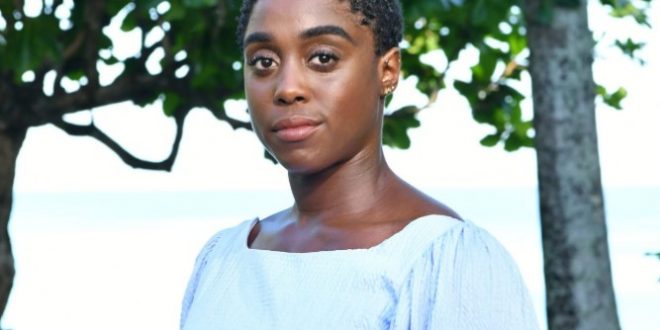 Lashana Lynch: A Black Woman Is Taking Over as 007

Idowu Hamed January 27, 2020 ENTERTAINMENT, HEADLINE, NEWS Comments Off on Lashana Lynch: A Black Woman Is Taking Over as 007 59 Views

In the news that will surely come as a shock to James Bond fans and the film industry at large, it was revealed recently that longtime 007 Daniel Craig will pass the Walther PPK to black British actress Lashana Lynch in the iconic role.

According to a new report, Daniel Craig will pass the martini to “Captain Marvel” actress Lashana Lynch, who will be introduced as the new 007 in the still-untitled 25th Bond film.

For years there has been intense speculation about who would take over the reins of one of the most durable and profitable film franchises in history once Craig stepped aside. Much of that speculation has revolved around whether the series might make a nod toward diversity and cast a person of color or a woman for the first time.

But if the report from UK tabloid the Daily Mail is to be believed, the 007 producers are going for a radical twofer: casting a 31-year-old black female newcomer as Bond’s heir apparent.

According to the report, the upcoming, yet-to-be-titled 25th Bond film will reveal Lynch as the new 007 with Craig’s character coming out of retirement for one last mission.

This development will almost certainly divide diehard Bond fans who are notoriously protective about the series, which has spanned six decades and featured six white male actors in the black tux.

For instance, there has been a prolonged debate over whether current “Sexiest Man Alive” Idris Elba could or should replace Craig. In 2014, The Daily Beast broke the news that Amy Pascal, then-head of Sony Pictures Entertainment, wanted Elba to be the next Bond. And almost every interview or profile of Elba has seemed to renew the speculation, about which the Hobbs & Shaw star has remained remarkably sanguine.
Courtesy: The Daily Beast.

Tags Lashana Lynch: A Black Woman Is Taking Over as 007#